In 1800, three percent of the world’s population was living in cities. In 2008, the level reached fifty percent. For centuries, people, goods, cultural practices and ideas flowed through a variegated landscape of hubs and routes that linked continents and oceans. The 21st century sees accelerated mobility brought by global markets, digital technology, and liberalizing sociality. Today, Asia’s renaissance and China’s rise are marked by the unprecedented scale and intensity of urban transformations. Who are the major stake-holders in emerging urban spaces? How are hubs networked? Are they key incubators for alternative moralities in a post-industrial and post-secular era? How do historical perspectives contribute to the study of the “Asian urban post-modern”?

The cluster examines the historical and contemporary urban in an inter-connected Asia. It builds on several of the Institute’s existing research groups to map out a new level of theoretical exploration and disciplinary integration in the study of “cities”. In dialogue with cutting edge scholarship in the humanities, social theories and global studies, the team treats urban and national spaces not as coherent, bounded analytical units, but as “assemblages” encompassing open, interactive, contingent, and multi-scalar historical processes.

On the historical front where state boundaries were not clear cut, the cluster highlights trading hubs, port cities, oasis towns and colonial outposts that linked empires, promoted multi-ethnic trade among diverse populations, nurtured religious and cultural diaspora, and brought about institutional fusion. On the contemporary front, the cluster explores how post-colonial and socialist regimes in Asia have constructed different urbanities as symbols of national modernity and development.

Looking ahead, since late 20th century, one sees polities with entrenched interests juxtaposed with accelerated circulations of capital, population, and digital information in a highly compressed time-space as highlighted in the works of David Harvey, Saskia Sassen, and Arjun Appadurai. Cities are a nation’s lifeline for economic growth and sites of political/administration integration. Yet cities are also hosts to rural migrants and border-crossing transients. The cluster explores how finance and post-industrial hubs create new national spaces while accommodating transnational competitive pressures. Sustainability concerns over environment, infrastructure, health and services in dense, urban spaces are intertwined with mobile populations whose movements are hard to track, whose livelihoods can be ungrounded and whose entitlements are contested. A growing interest for the team is the predicament of the sinking “middle class” and the aspirations of the new rich. These volatilities are fueled by advances in digital media. The team would highlight how they complicate political publics, real and imaginary, and pose unforeseen challenges to fledgling democracies, liberalized economies, and authoritarian regimes.

Specifically, the cluster will focus on a few world cities across the Asian region (such as Hong Kong, Guangzhou, Macao, Singapore, Ho Chi-Minh City, Shanghai, Mumbai, Dubai). They are inter-referenced with deep historical baggage, yet they strive to distinguish from one another under competitive pressures. The team tracks their “art of hubbing” — local, regional and global positioning — and captures the lived experiences of their populations as they engage the tumultuous modern transformations of Asia in the past century and the urban renaissance of the new century. We would like to rethink their desperate energies and capture the shifting moral and political grounds.

“Milk from the Butterfly Spring: State and Enterprise in the Yunnan Dairy Industry” by Professor Thomas DuBois (January 29, 2021) (Details)

“The Political Economy of China-Hong Kong Relations during the Trade War” co-organized with the Society for Hong Kong Studies by Professors Fung Ho-fung and Ngo Tak-wing (January 4, 2019) (Details)

“Acting for the ‘Public Good’ and Tributary Social Reproduction in a Former Emigrant Village of Shenzhen” by Dr. Anne-Christine Trémon (April 10, 2018) (Details)

“The World in Guangzhou: Africans and Other Foreigners in South China’s Global Marketplace” by Professor Gordon Mathews (February 26, 2018) (Details)

“A Story of Risks: How Finance Has Changed the Human Society (風險的故事︰金融如何改變人類社會)” by Professor Chen Zhiwu (February 3, 2015) (Details)

The cluster continues to commit with excellent research and expand global network of research collaboration. A series of synergetic research training activities, conferences and knowledge exchange programs are coming up.

In November 2017, the cluster has launched a documentary film project focusing on the historically global Hong Kong region, Cantonese performance cultures, and new political space. World renowned documentary film producer Sue Williams has taken on the project, and award winning journalist and documentary director Nancy Tong has participated in the shooting of a trailer in Hong Kong in mid-January 2018. 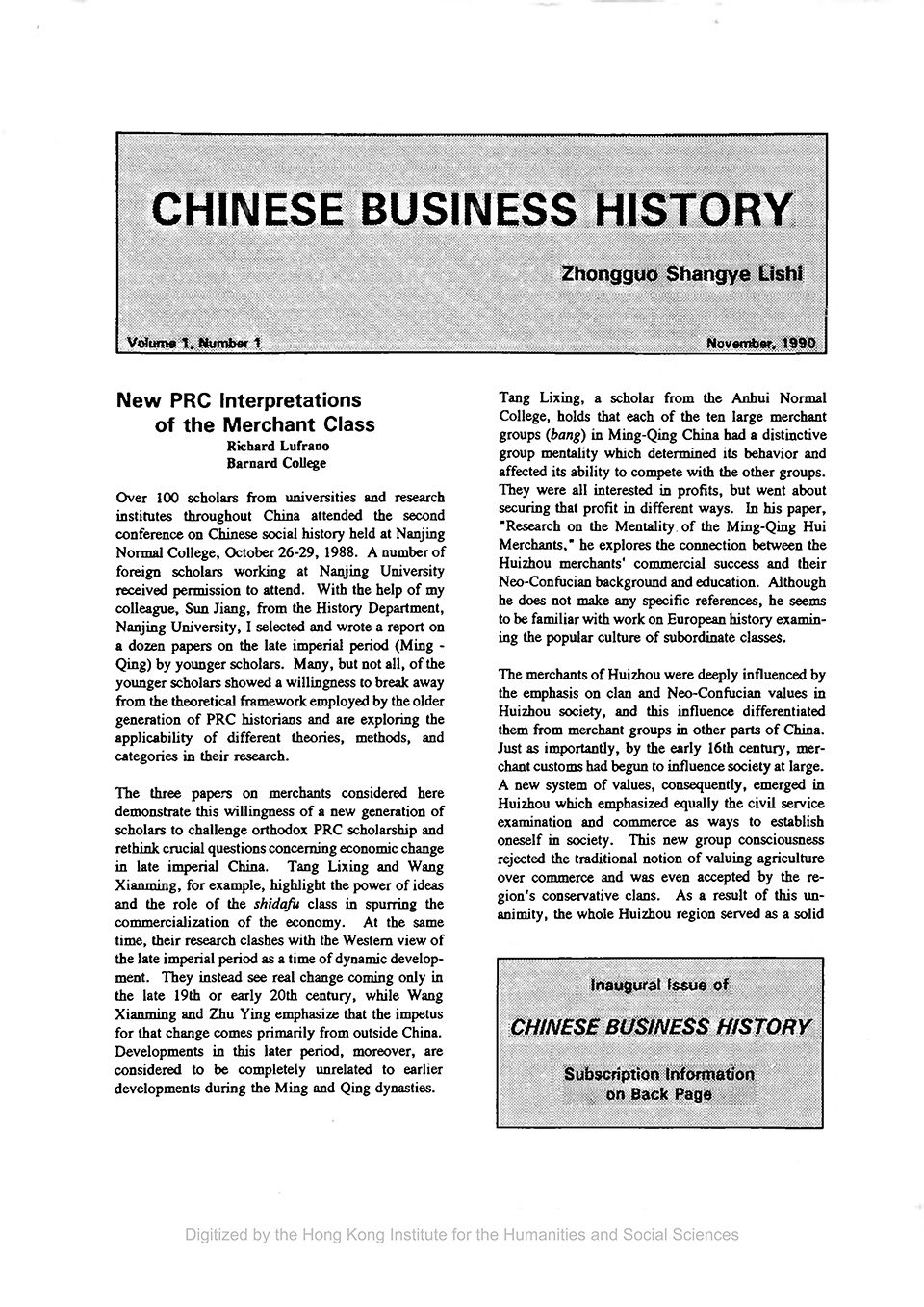