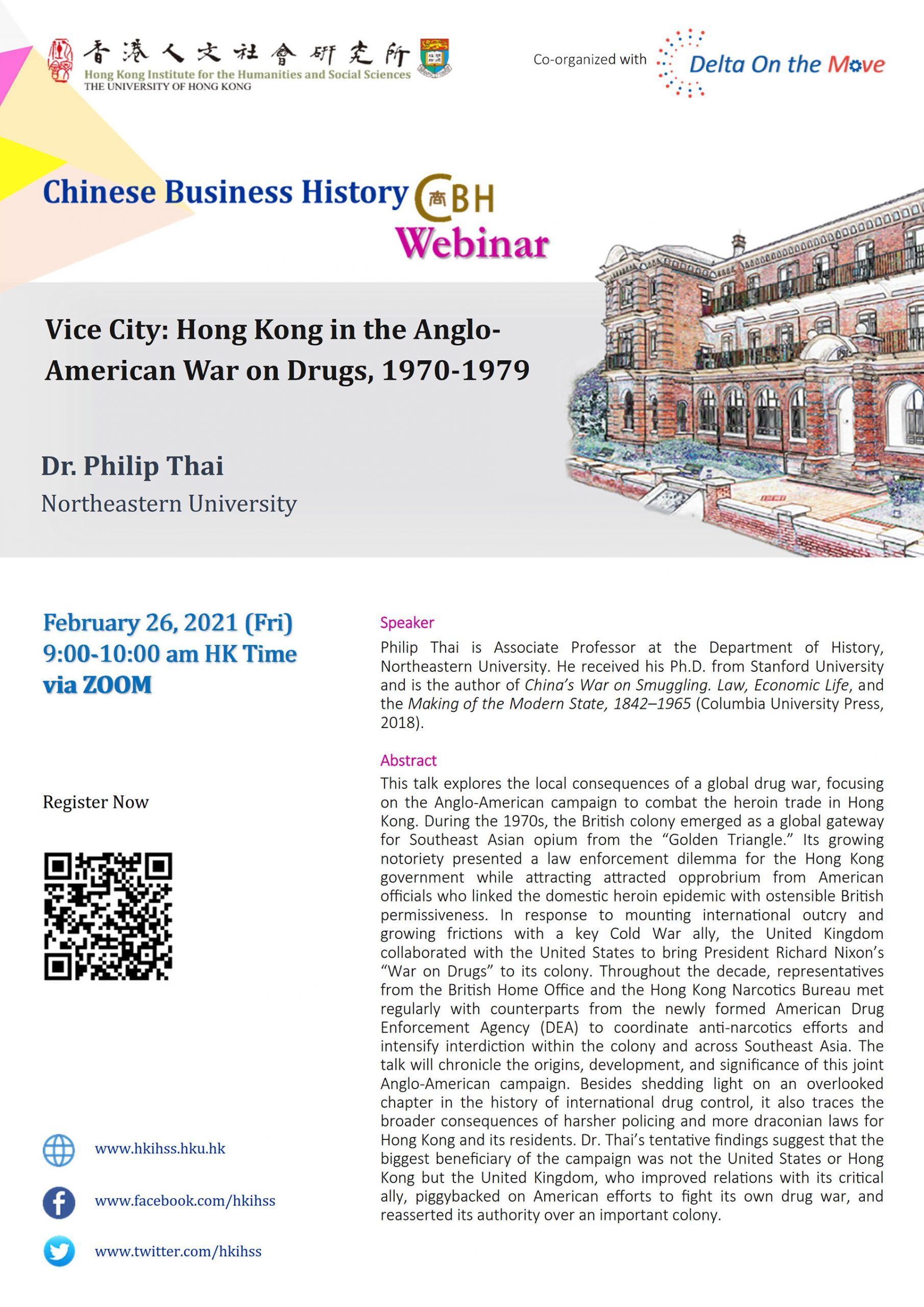 This talk explores the local consequences of a global drug war, focusing on the Anglo-American campaign to combat the heroin trade in Hong Kong. During the 1970s, the British colony emerged as a global gateway for Southeast Asian opium from the “Golden Triangle.” Its growing notoriety presented a law enforcement dilemma for the Hong Kong government while attracting opprobrium from American officials who linked the domestic heroin epidemic with ostensible British permissiveness. In response to mounting international outcry and growing frictions with a key Cold War ally, the United Kingdom collaborated with the United States to bring President Richard Nixon’s “War on Drugs” to its colony. Throughout the decade, representatives from the British Home Office and the Hong Kong Narcotics Bureau met regularly with counterparts from the newly formed American Drug Enforcement Agency (DEA) to coordinate anti-narcotics efforts and intensify interdiction within the colony and across Southeast Asia. The talk will chronicle the origins, development, and significance of this joint Anglo-American campaign. Besides shedding light on an overlooked chapter in the history of international drug control, it also traces the broader consequences of harsher policing and more draconian laws for Hong Kong and its residents. Dr. Thai’s tentative findings suggest that the biggest beneficiary of the campaign was not the United States or Hong Kong but the United Kingdom, who improved relations with its critical ally, piggybacked on American efforts to fight its own drug war, and reasserted its authority over an important colony.

Philip Thai is Associate Professor at the Department of History, Northeastern University. He received his Ph.D. from Stanford University and is the author of China’s War on Smuggling. Law, Economic Life, and the Making of the Modern State, 1842–1965 (Columbia University Press, 2018).

This is an event co-organized with the “Delta on the Move: The Becoming of the Greater Bay Region, 1700 – 2000” Cluster.