The interaction between Christianity and local folk religions in 19th and 20th century China is complicated and multifaceted: at times, the two parts are violent competitors; at times, we witness conversions in both directions, i.e., from Christianity to folk religions and from folk religions to Christianity; and at times, both sides draw on the other and a new kind of religion emerges. Why and how do these religious phenomena occur? Professor Chu approaches this question in several case studies, including the Taiping Heavenly Kingdom and the Boxer Rebellion. An analysis of these cases suggests that there are three crucial elements that underpin the dynamic habitat of Chinese folk religion: essential practice, ethical value, and eschatology. Those three elements provide a framework that allows us to elucidate the intriguing interaction of two different religious traditions.

Xiaobai Chu is Professor at East China Normal University (Shanghai), Department of Chinese Language and Literature. She is currently Visiting Scholar in the Institute of Sino-Christian Studies in Hong Kong. She holds a PhD in Anthropology of Art from Fudan University, Shanghai. In her career, she held a series of prestigious research fellowships, including a Visiting Research Fellowship at the University of Oxford and a Postdoctoral Fellowship at Regent College, Vancouver. Her main research interests lie in the area of Christian Literature and Arts in China, and Christology in cultural perspective. Her publications comprise more than fifty academic articles and three monographs: The Encounter of Chinese Folk Religions and Christianity in Modern History (2016), A Narrative of Space and the Consciousness of Eschatology: A Study on Christian Literature in Late Antiquity (2016), and Jesus Through the Centuries in China (2011). Her academic achievements were repeatedly recognised by national and international awards, including The Manfred Lautenschlaeger Award for Theological Promise from the University of Heidelberg (2015), and The Templeton Essay Prize for “Science & Religion” (2012). She also serves as an Editor of the Regent Review of Christian Studies. 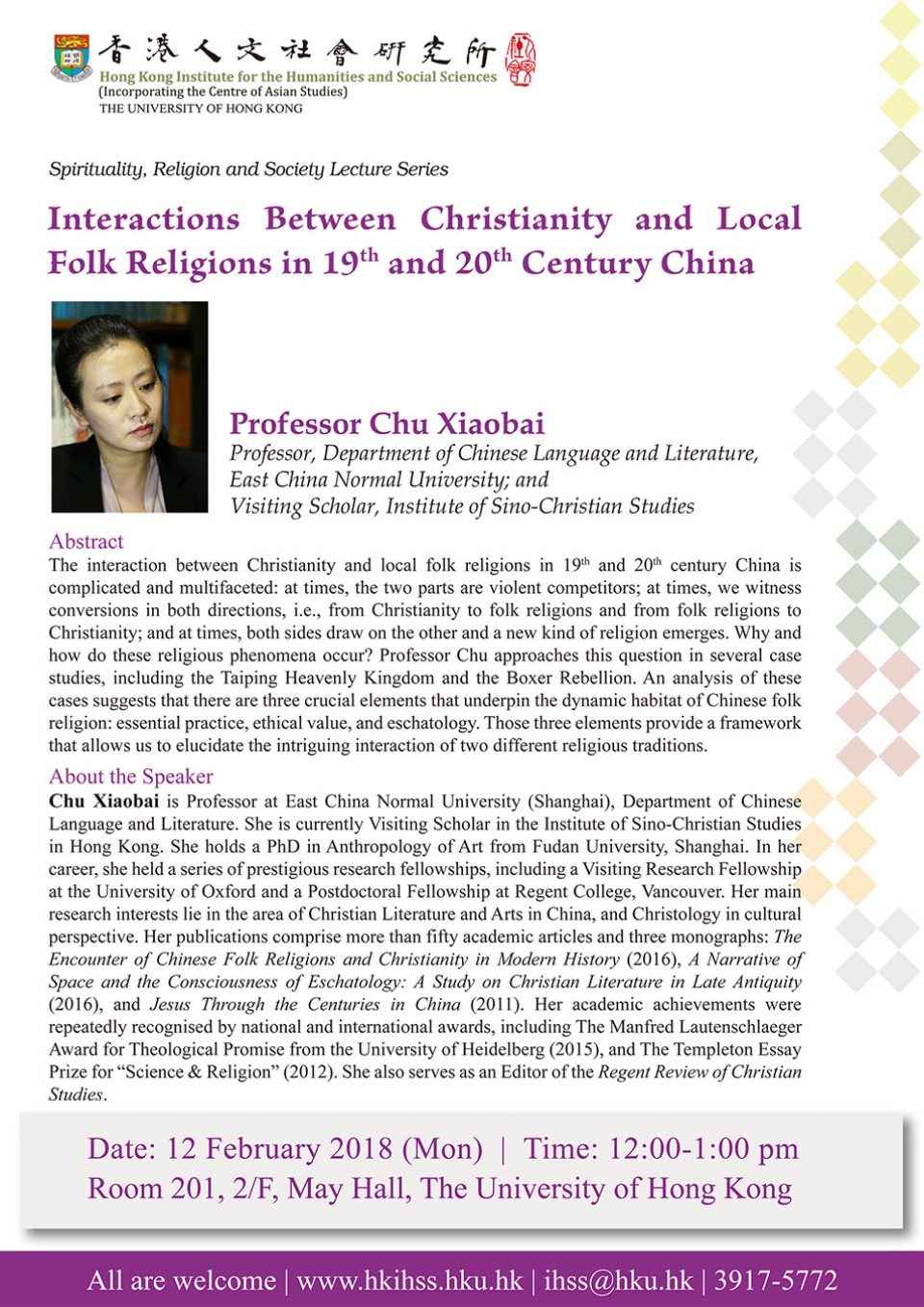