Interdisciplinary Lunchtime Seminar
The Grammar of Leprosy: Temporal Politics and An Impossible Subject

Interdisciplinary Lunchtime Seminar
The Grammar of Leprosy: Temporal Politics and An Impossible Subject 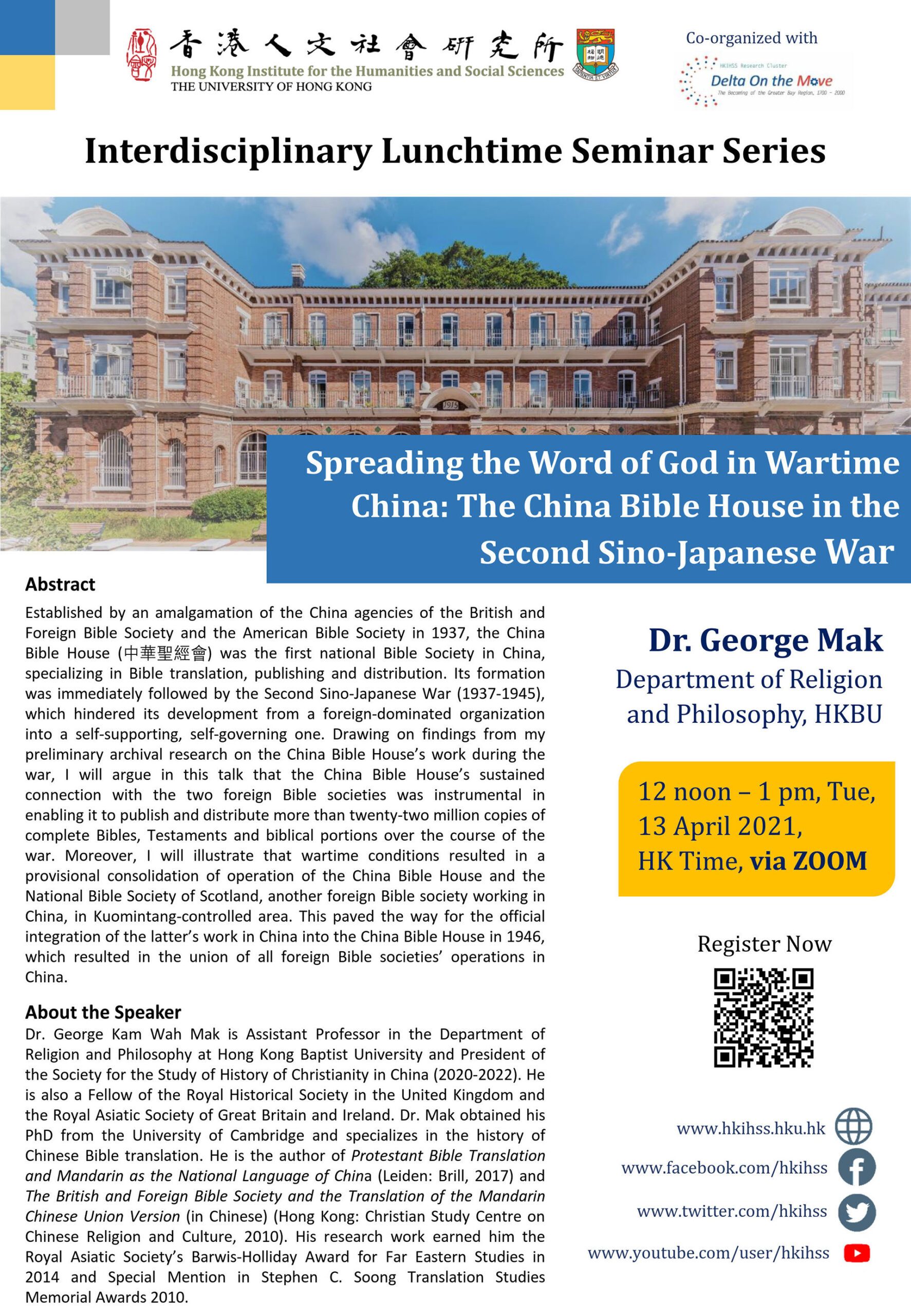 Dr. George Kam Wah Mak is Assistant Professor in the Department of Religion and Philosophy at Hong Kong Baptist University and President of the Society for the Study of History of Christianity in China (2020-2022). He is also a Fellow of the Royal Historical Society in the United Kingdom and the Royal Asiatic Society of Great Britain and Ireland. Dr. Mak obtained his PhD from the University of Cambridge and specializes in the history of Chinese Bible translation. He is the author of Protestant Bible Translation and Mandarin as the National Language of China (Leiden: Brill, 2017) and The British and Foreign Bible Society and the Translation of the Mandarin Chinese Union Version (in Chinese) (Hong Kong: Christian Study Centre on Chinese Religion and Culture, 2010). His research work earned him the Royal Asiatic Society’s Barwis-Holliday Award for Far Eastern Studies in 2014 and Special Mention in Stephen C. Soong Translation Studies Memorial Awards 2010.

This is an event co-organized with the “Delta on the Move: The Becoming of the Greater Bay Region, 1700 – 2000” Cluster. “Delta on the Move” is a new collaborative project on the historical roots and global reach of the Greater Bay Area. It builds on the Institute’s research strengths cumulated in the past ten years by the cluster on urban hubs and its agenda on inter-Asian connections. The project team will study the hybrid cultural traits at the Greater Bay Area’s core (the Hong Kong–Macau– Guangzhou nexus) and the extensive maritime connections created by the human, ideational, and material flows through the region from the 19th to the 21st century.