In 1854, a Russian military expedition crossed the Ili river and founded a new fortress, which they named “Vernoe” (Faithful). It was intended to control the region of Jeti Su/Semirechie, which was populated by Qazaqs and Kyrgyz and contested between the Russian and Qing Empires and the Khanate of Khoqand. As its pious name suggests, it was also intended to be an Orthodox Christian outpost on a largely Muslim frontier. Semirechie evolved into a Russian settler colony, with Vernyi as its centre, but it was not a purely European urban settlement. The early years of the Russian colony were marked by mass migrations from Chinese territory, firstly of Manchus and Qalmyqs fleeing the 1864 Muslim rebellion, which led to the Russian annexation of Ghulja and the upper Ili Valley, and then of Taranchis (Uighurs) and Dungans (Han Chinese Muslims) when the Qing re-occupied Xinjiang after 1877. At the same time, many sedentary Muslims from elsewhere in Russian Central Asia migrated to Semirechie, seeking both free land on what was a new agrarian frontier, and trading opportunities in a region whose economy was closely linked to China. By the late 1880s, at least 30% of Vernyi’s population was made up of these groups, who were neither Russian nor members of the majority Qazaq and Kyrgyz population of Semirechie. This paper is a preliminary study of the emergence of this “plural society”, a concept developed by J. S. Furnivall to understand South-East Asian port cities, but which offers intriguing possibilities for understanding this landlocked Russian outpost on the Inner Asian frontier of Qing China.

Alexander Morrison is a Fellow and Tutor in History at New College, Oxford. From 2014 – 2017, he was a Professor of History at Nazarbayev University in Astana, Kazakhstan; from 2007 – 2013, he was a lecturer in Imperial History at the University of Liverpool, and from 2000 – 2007, a Prize Fellow of All Souls College, Oxford. In 2012, he won a Philip Leverhulme Prize. He is the author of Russian Rule in Samarkand 1868 – 1910: A Comparison with British India (Oxford: Oxford University Press, 2008) and is currently completing a history of the Russian conquest of Central Asia, to be published by Cambridge University Press. 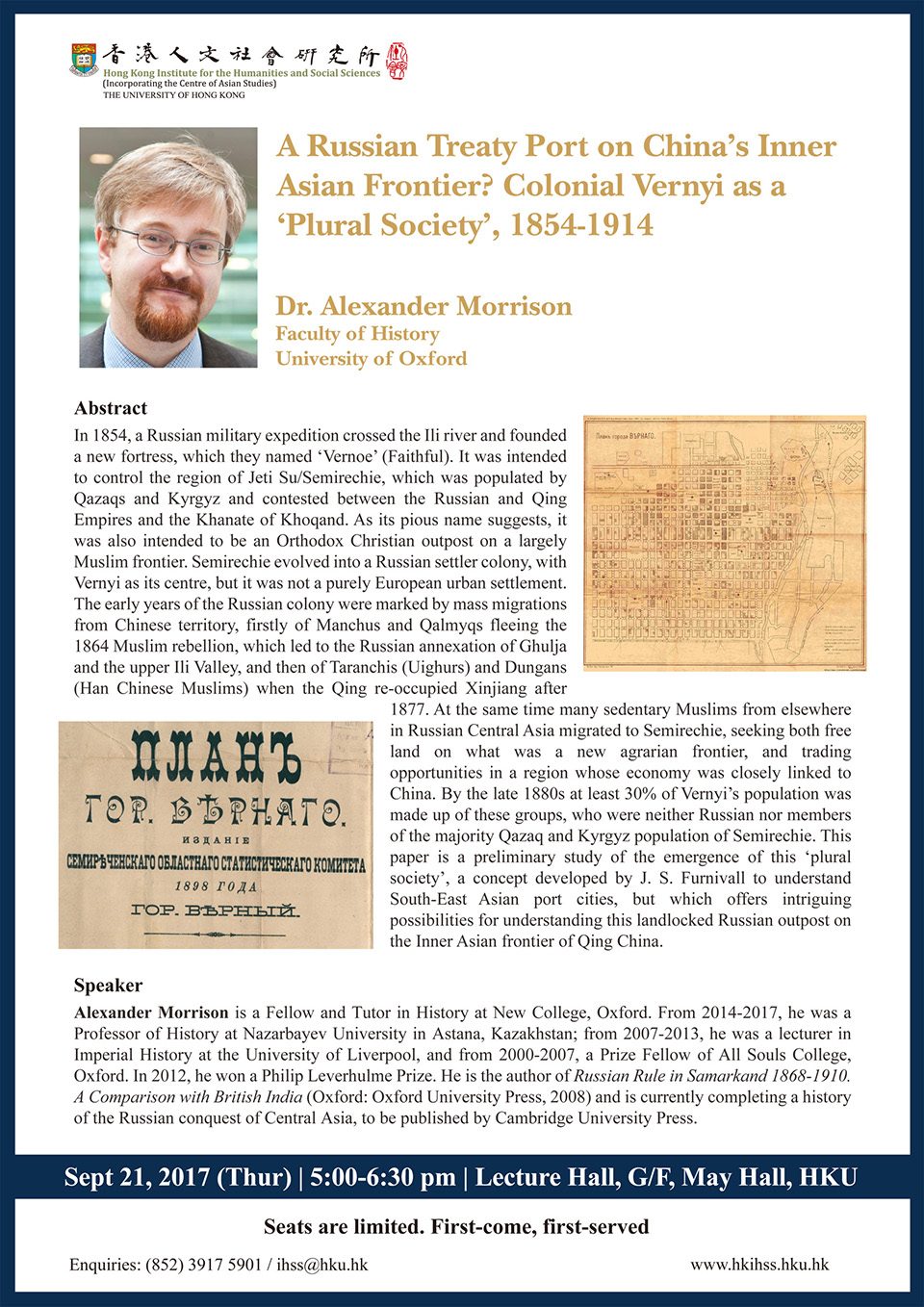 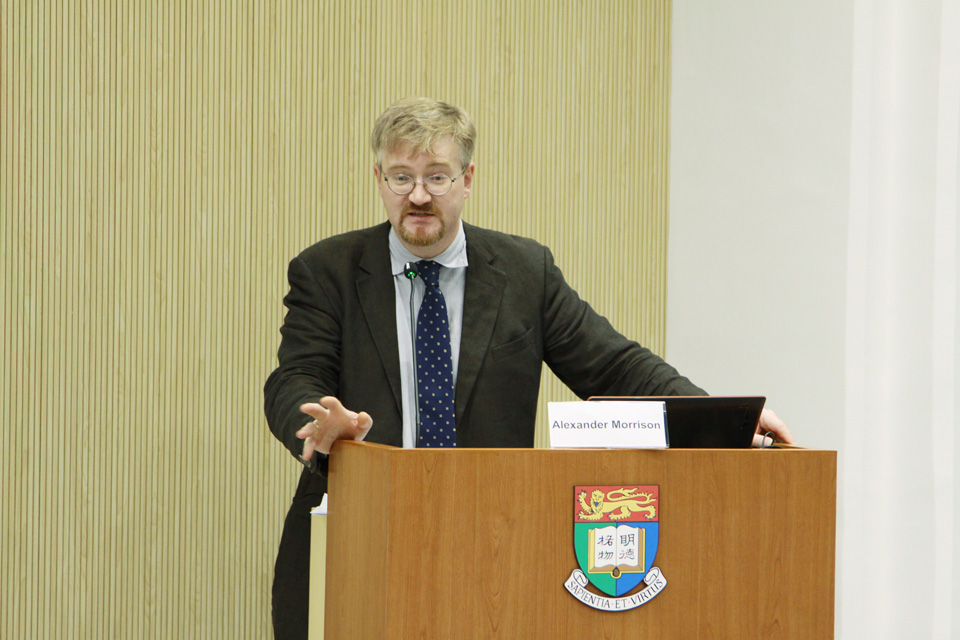 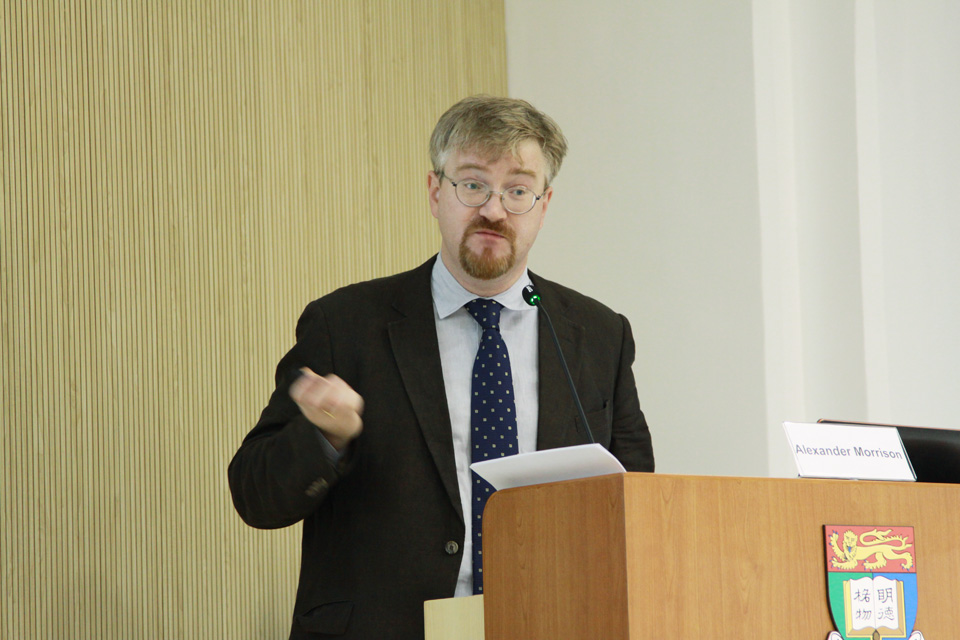 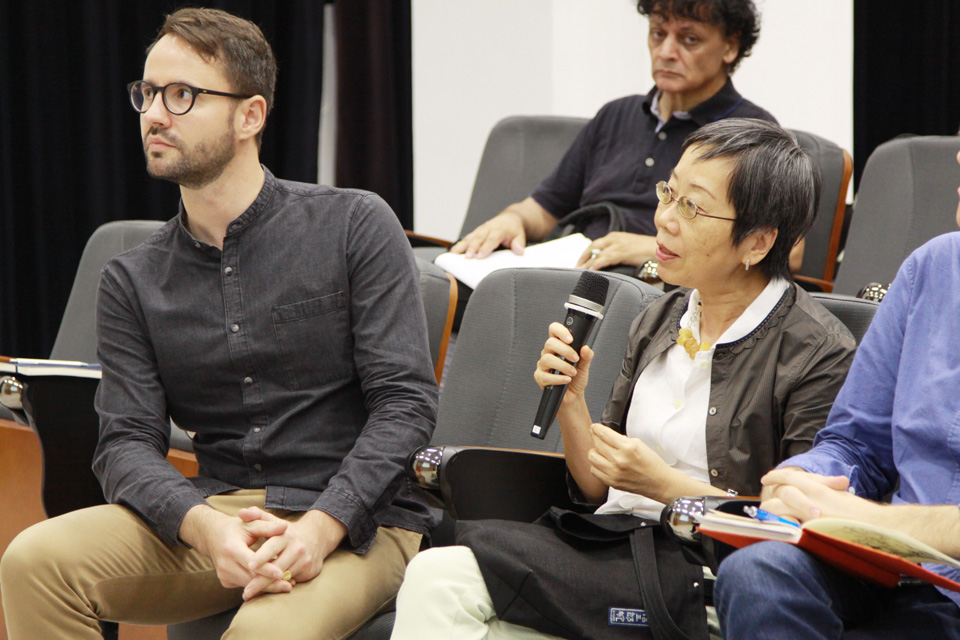 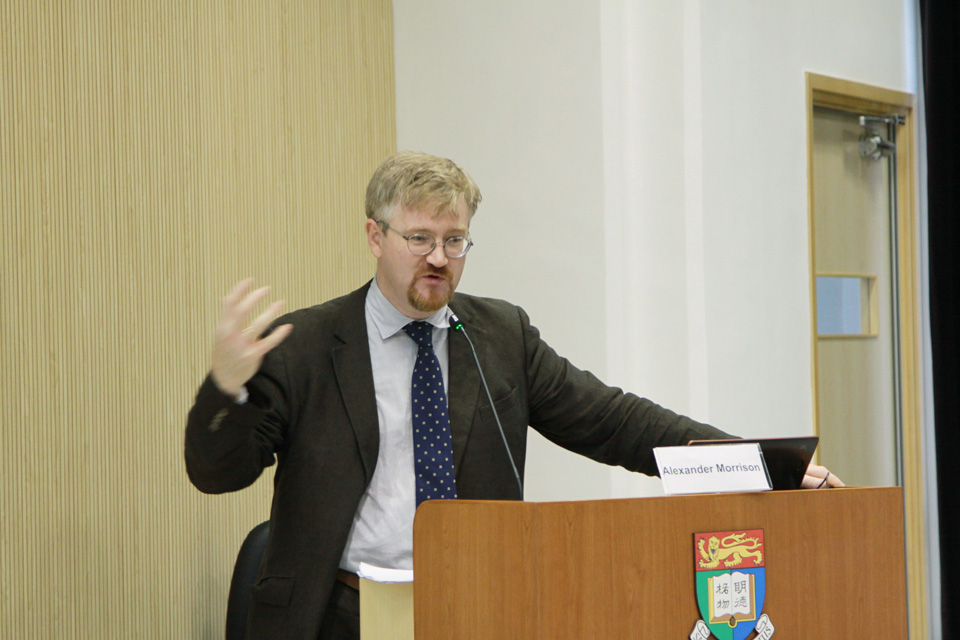 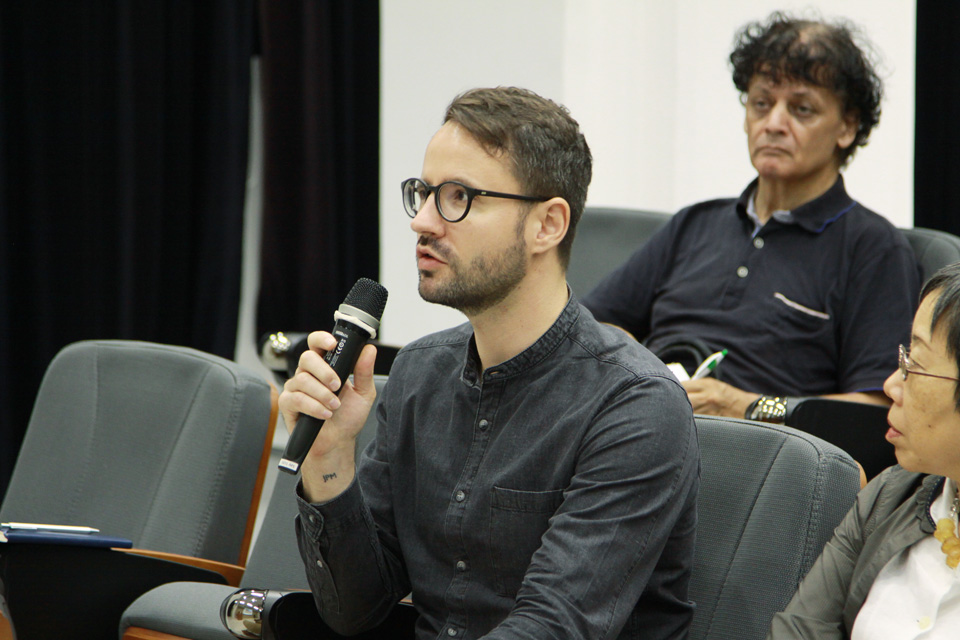 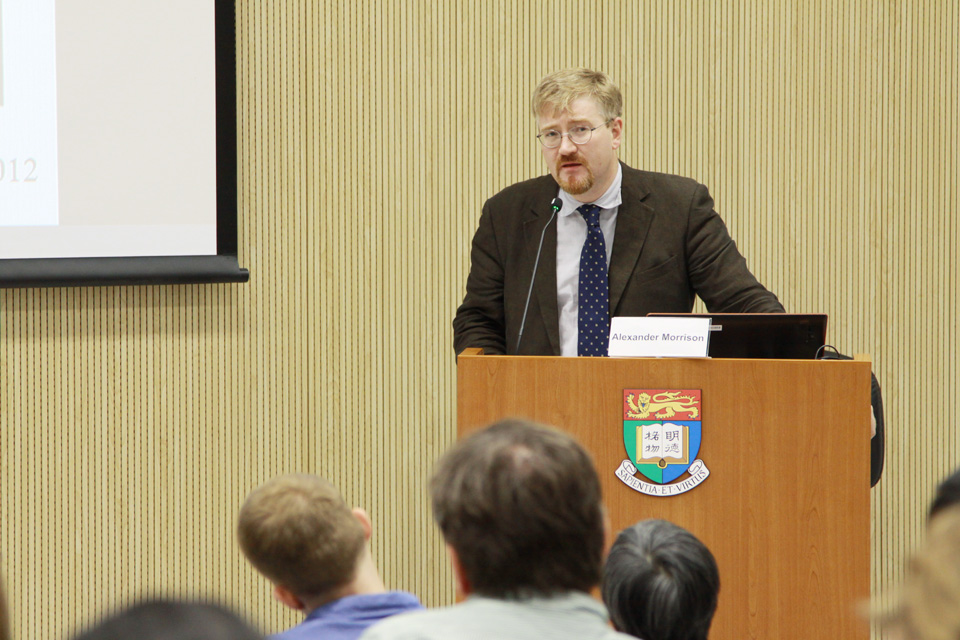 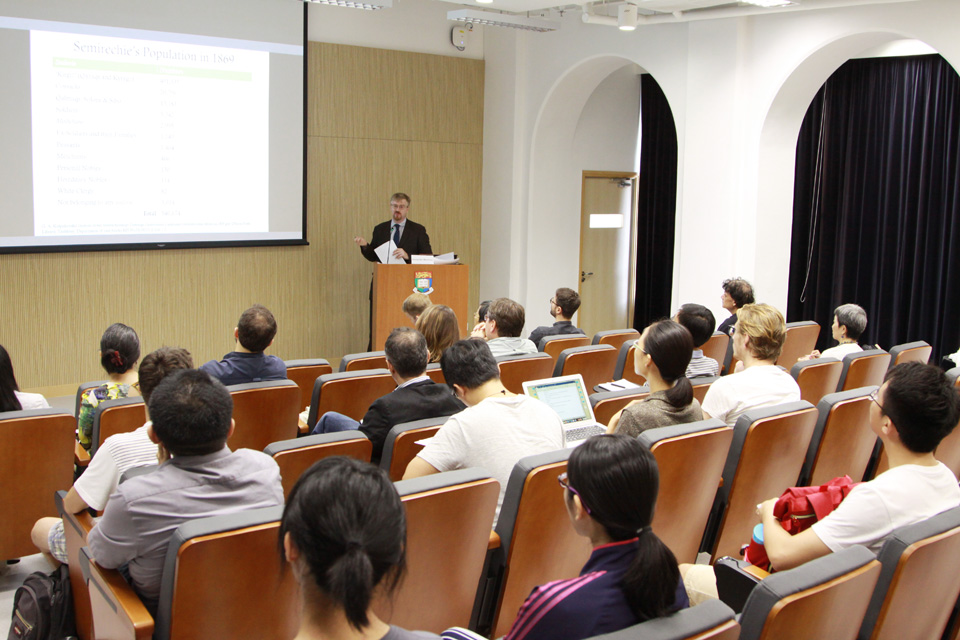