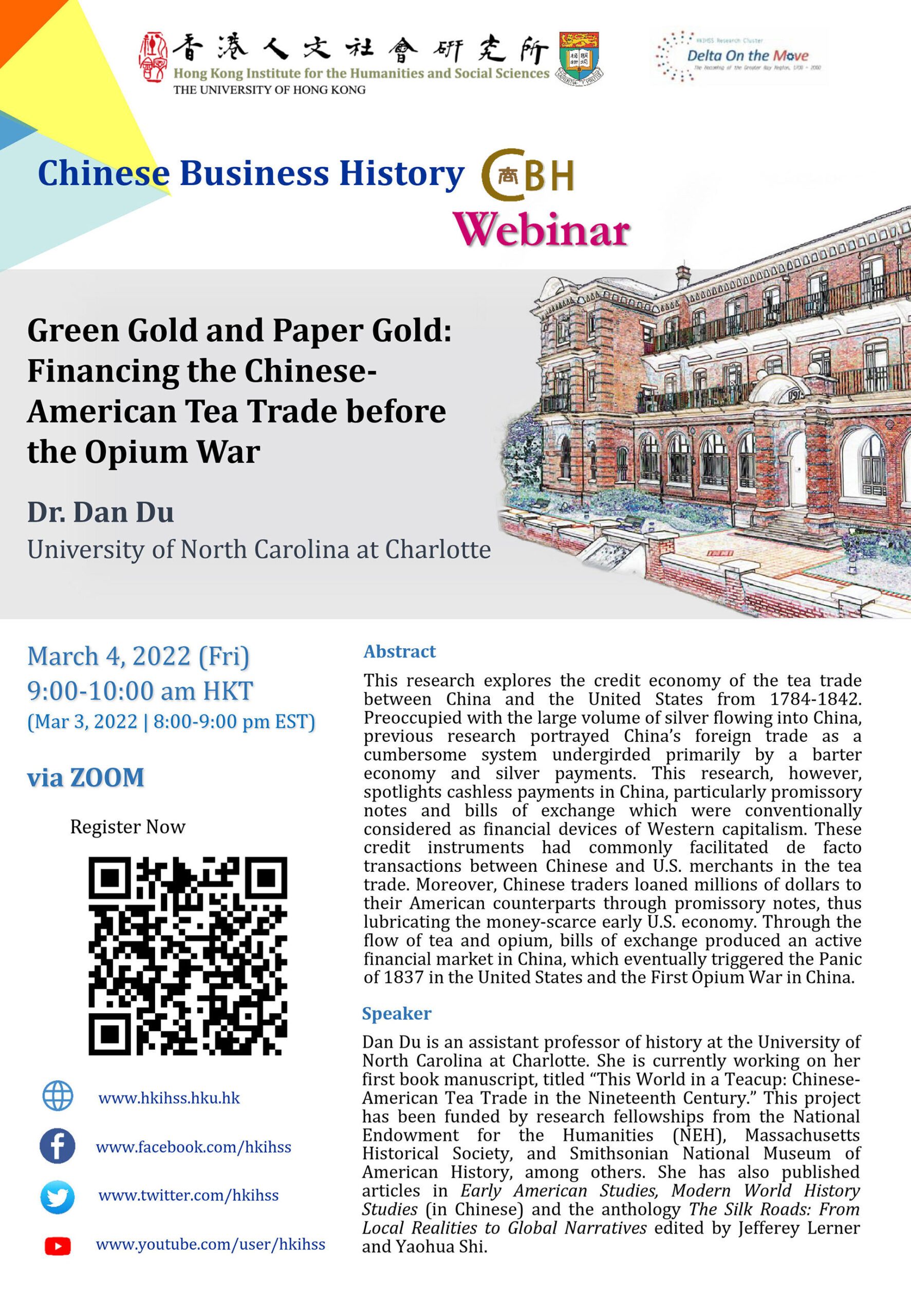 This research explores the credit economy of the tea trade between China and the United States from 1784 – 1842. Preoccupied with the large volume of silver flowing into China, previous research portrayed China’s foreign trade as a cumbersome system undergirded primarily by a barter economy and silver payments. This research, however, spotlights cashless payments in China, particularly promissory notes and bills of exchange which were conventionally considered as financial devices of Western capitalism. These credit instruments had commonly facilitated de facto transactions between Chinese and U.S. merchants in the tea trade. Moreover, Chinese traders loaned millions of dollars to their American counterparts through promissory notes, thus lubricating the money-scarce early U.S. economy. Through the flow of tea and opium, bills of exchange produced an active financial market in China, which eventually triggered the Panic of 1837 in the United States and the First Opium War in China.

Dan Du is an assistant professor of history at the University of North Carolina at Charlotte. She is currently working on her first book manuscript, titled “This World in a Teacup: Chinese-American Tea Trade in the Nineteenth Century.” This project has been funded by research fellowships from the National Endowment for the Humanities (NEH), Massachusetts Historical Society, and Smithsonian National Museum of American History, among others. She has also published articles in Early American Studies, Modern World History Studies (in Chinese) and the anthology The Silk Roads: From Local Realities to Global Narratives edited by Jefferey Lerner and Yaohua Shi.

This is an event co-organized with the “Delta on the Move: The Becoming of the Greater Bay Region, 1700 – 2000” Cluster.