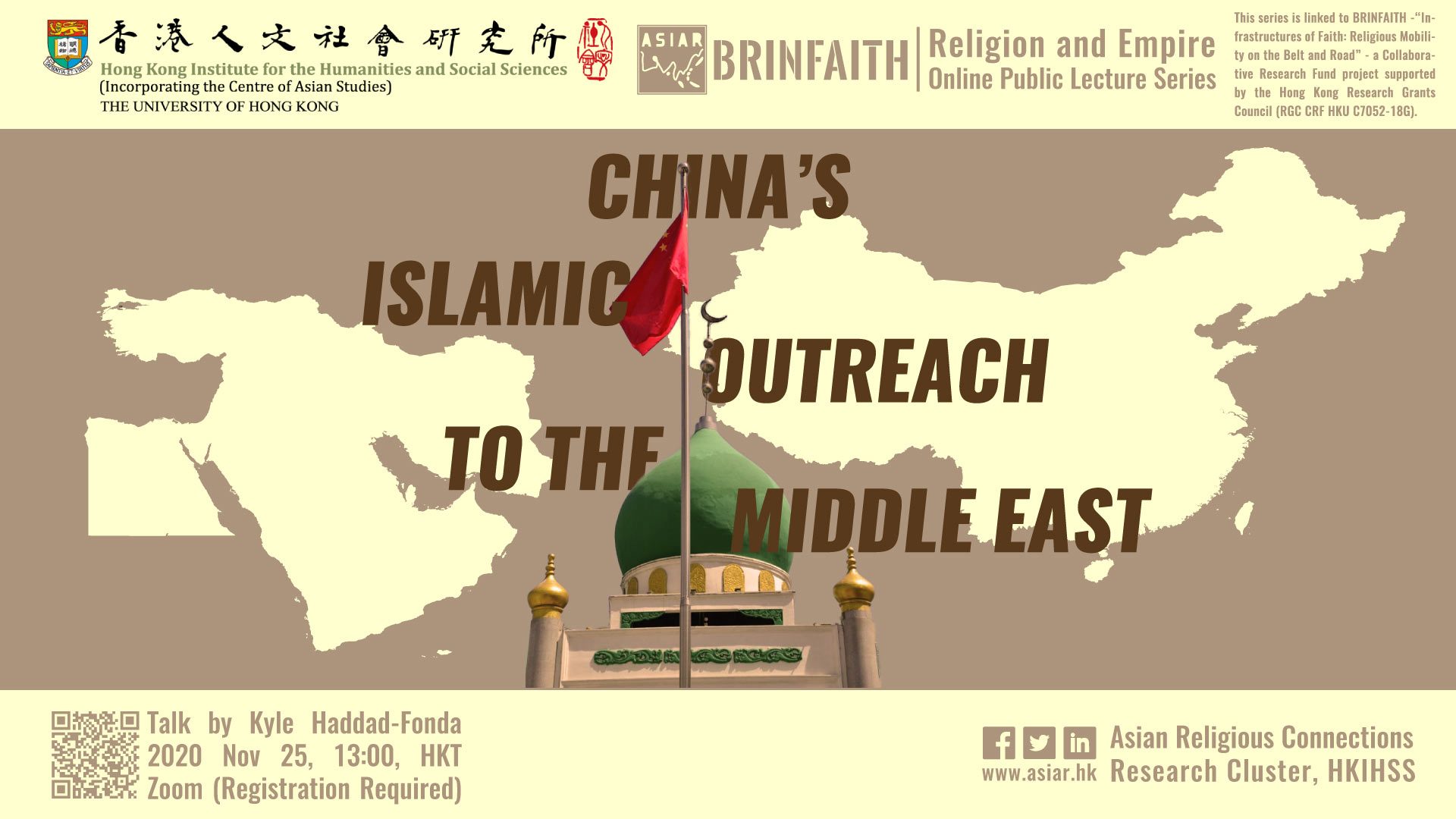 Throughout its existence, the People’s Republic of China has depended on Chinese Muslims to foster relationships in the Arab world. But Beijing’s strategies for engaging its Muslim population in foreign outreach have changed dramatically over time. This lecture will focus on the city of Yinchuan, the capital of China’s Ningxia Hui Autonomous Region, which was built up during the 2010s to be a locus for engagement with the Middle East. By tracing Yinchuan’s ups and downs over the past decade, this lecture will explain the evolution of China’s diplomacy toward the Middle East and examine the ways in which China continues to rely on Islam, even at a time when religiosity in China is more contentious than ever before.

Dr. Kyle Haddad-Fonda is a fellow with the Foreign Policy Association and a producer for its Great Decisions documentary series on American public television. He is also a frequent commentator on China’s relations with the Middle East and a lecturer in the History Department of the University of Washington in Seattle. He holds a DPhil in Oriental Studies from the University of Oxford, where he was a Rhodes Scholar.