“Rethinking Spirituality and Religion in Asia” Cluster of HKIHSSihss@hku.hkRoom 201, 2/F, May Hall, The University of Hong Kong
Overview

There is a significant interest in Jews and Judaism in today’s Chinese academia. Jewish studies have been broadly established in universities where they were scarcely existed at all before China normalized its diplomatic relations with the State of Israel in 1992. This talk will, first, reflect on the status of the field in a comparative perspective, and, then, provide some observations on how to conceptualize interactions between Jews and the modern China, a research topic that has attracted sustained academic efforts from both Chinese and Jewish scholars.

Song Lihong is Professor of Jewish Studies at the Department of Religious Studies of Nanjing University, and the Secretary-General of China National Institute of Jewish Studies. His recent publications include two edited volumes: Representations and Identities in the Jewish Diaspora (2018, in Chinese) and The Image of Jews in Contemporary China (2016, in English). His current research project is on the transnational and intercultural encounters between Ashkenazic Jewry and the modern China. Currently a visiting scholar at Institute of Sino-Christian Studies, he is doing a pedagogical project on “How to edit a textbook on Jewish civilization for the Chinese university students”. 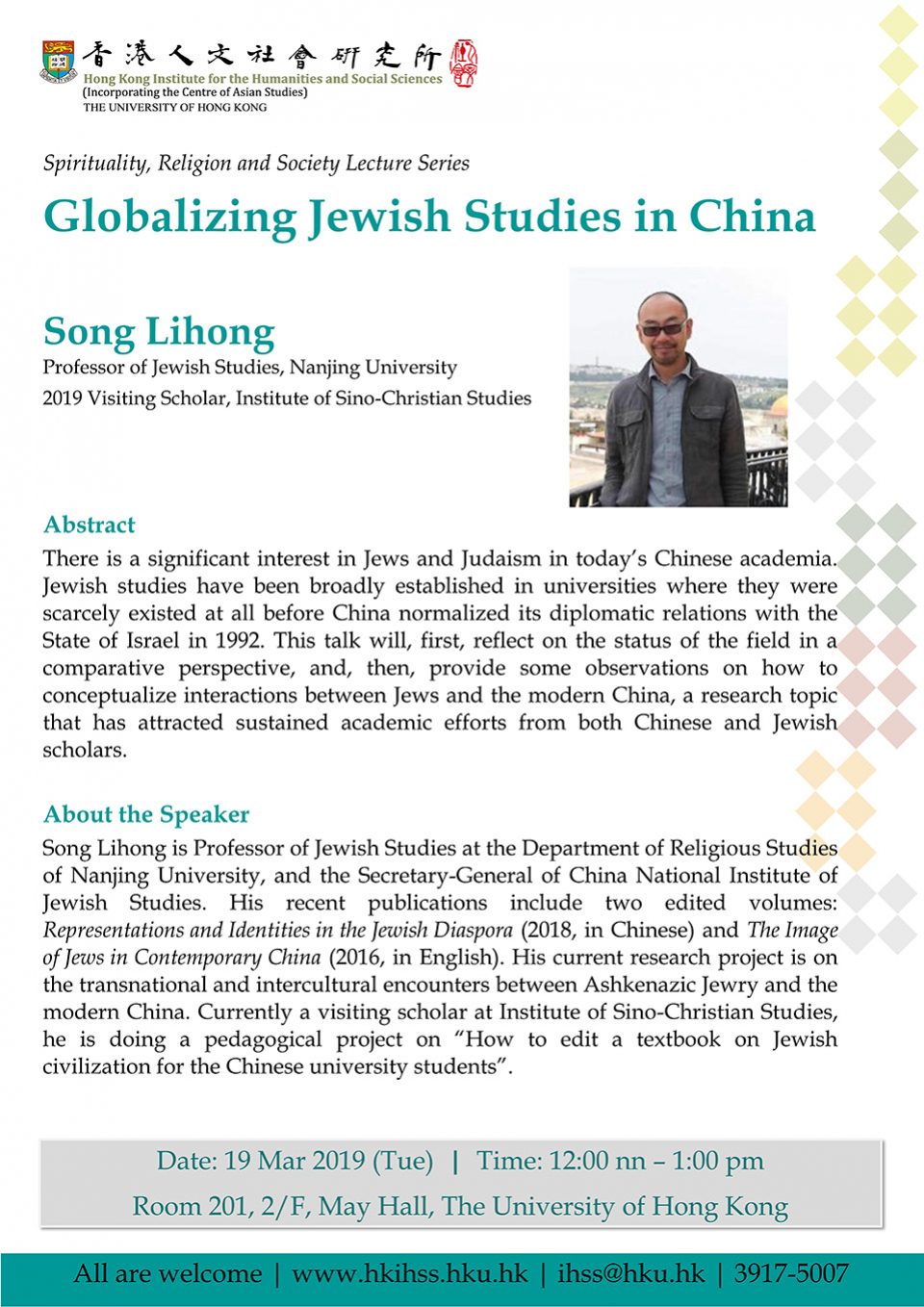