Why Empire? Empire as a Topic in World History

Why Empire? Empire as a Topic in World History

Empires have been a part of human history from earliest times, from the beginnings of civilization. While usually proclaiming their uniqueness and universality, they have in practice recognized a plurality of empires in the world. Over the whole landmass of Eurasia, these empires have interacted with each other, exchanging goods, ideas, and people.  Such intensive interactions have produced certain commonalities, as well of course as differences. This talk will examine those commonalities and differences. It will particularly examine the idea of a “tradition of empire”, based on a sense of succession from acknowledged and exemplary ancestors. But it will also want to stress the importance of history and temporality, showing how later empires not only learned from earlier ones but sought to distinguish themselves from them, making use of newer ideologies and forms of rule. The talk will be illustrated with examples drawing upon all the Eurasian empires, from China to western Europe, and including the Muslim empires of the region in between.

Krishan Kumar is William R. Kenan, Jr., Professor of Sociology and University Professor, University of Virginia, USA. He was previously Professor of Social and Political Thought at the University of Kent at Canterbury, England. He has been a Visiting Scholar at Harvard, a Member of the Institute for Advanced Study, Princeton, and a Visiting Professor at the Ecole des Hautes Études en Sciences Sociales, Paris, as well as the universities of Bergen, Bristol, Colorado (Boulder), and the Hong Kong University of Science and Technology. Among his publications are Utopia and Anti-Utopia in Modern Times (1987), Utopianism (1992), 1989: Revolutionary Ideas and Ideals (2001), The Making of English National Identity (2003), From Post-Industrial to Post-Modern Society, second edition (2005), The Idea of Englishness (2015), and Visions of Empire: How Five Imperial Regimes Shaped the World (2017).

This is an event jointly organized by the “Rethinking Spirituality and Religion in Asia” Cluster of the Hong Kong Institute for the Humanities and Social Sciences, Robert Black College and Department of Sociology, The University of Hong Kong 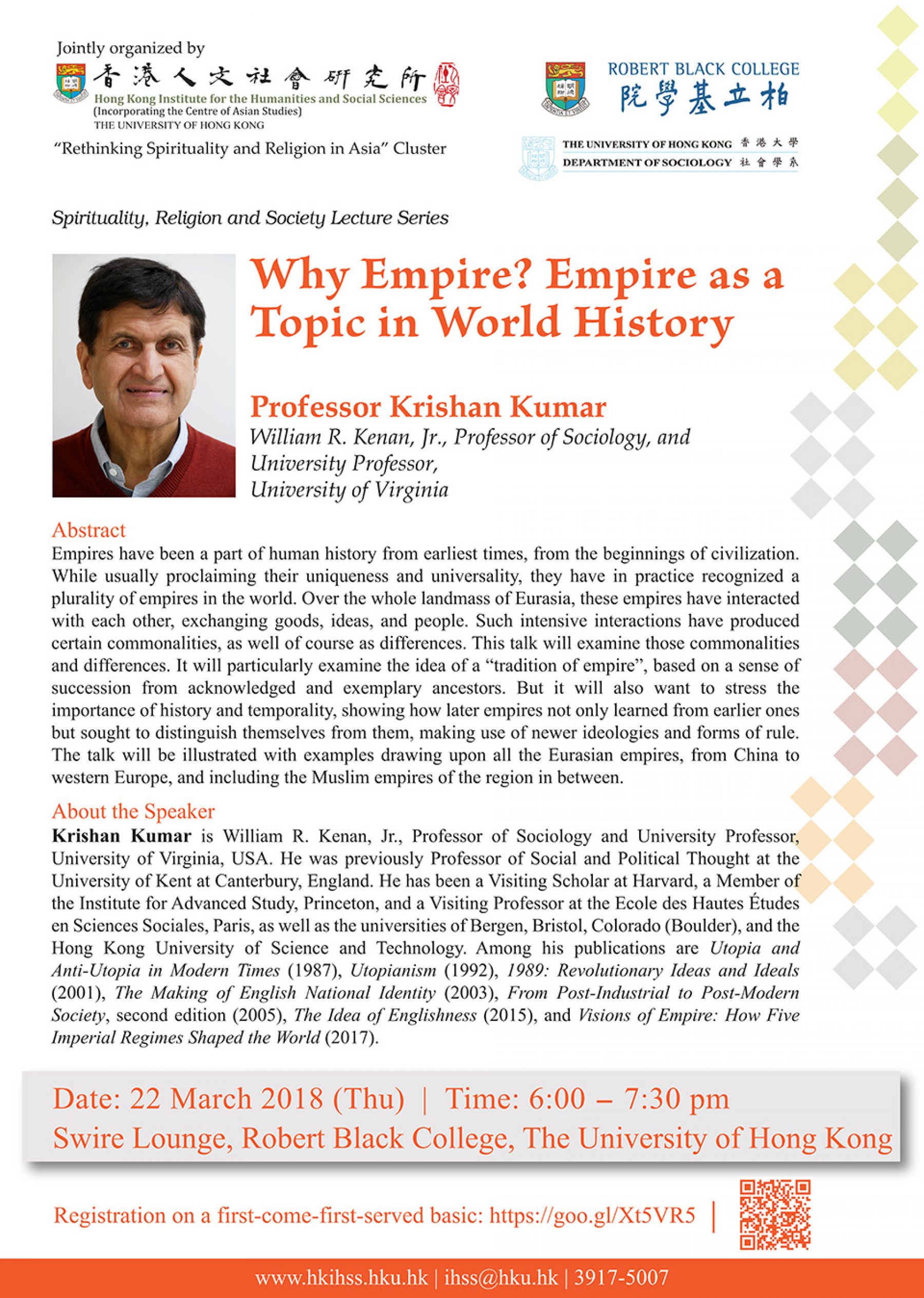