Can the relentless focus on the subjective in Chinese cultural history be considered its “essence” (ti 體)? Untrammeled by literalism, the Three Teachings contributed each in its own way to the creation of self-possessed subjects constructed with the ever-richer resources of a symbolic imagination underpinned by a writing system of extraordinary complexity and beauty. This system meant that every “man of characters” was also an artist, a man not just of the moral heart-mind but also of the craftsman’s hand, practicing a calligraphy that slipped seamlessly into painting: the world of the Dao-body, of the trace, from which discourse and anthropomorphism could be excluded.

But this same monism or mitigated dualism, this spirituality of the centered self, was inseparable from a class and gender dualism that becomes immediately apparent when we look at popular religion, where possession, speech, anthropomorphism, and miraculous healings were — and are — the rule.

Ph.D. in Chinese Studies at Harvard in 1975, longtime member of the Ecole française d’Extrême-Orient (1977 – 2000) and Chair Professor of Daoism and Chinese Religions at the Ecole Pratique des Hautes Etudes (2000 – 2011), John Lagerwey is currently Research Professor of Chinese Studies in the Centre for China Studies, Chinese University of Hong Kong. He is chief editor of some 40 volumes of ethnographic research and of eight volumes (Brill) on periods of paradigm shift in Chinese religious history. He has also published extensively on the history of Daoist ritual. His most recent authored books China: A Religious State (HKU Press, 2010) and Paradigm Shifts in Early and Modern Chinese Religion: A History (Brill, 2018). 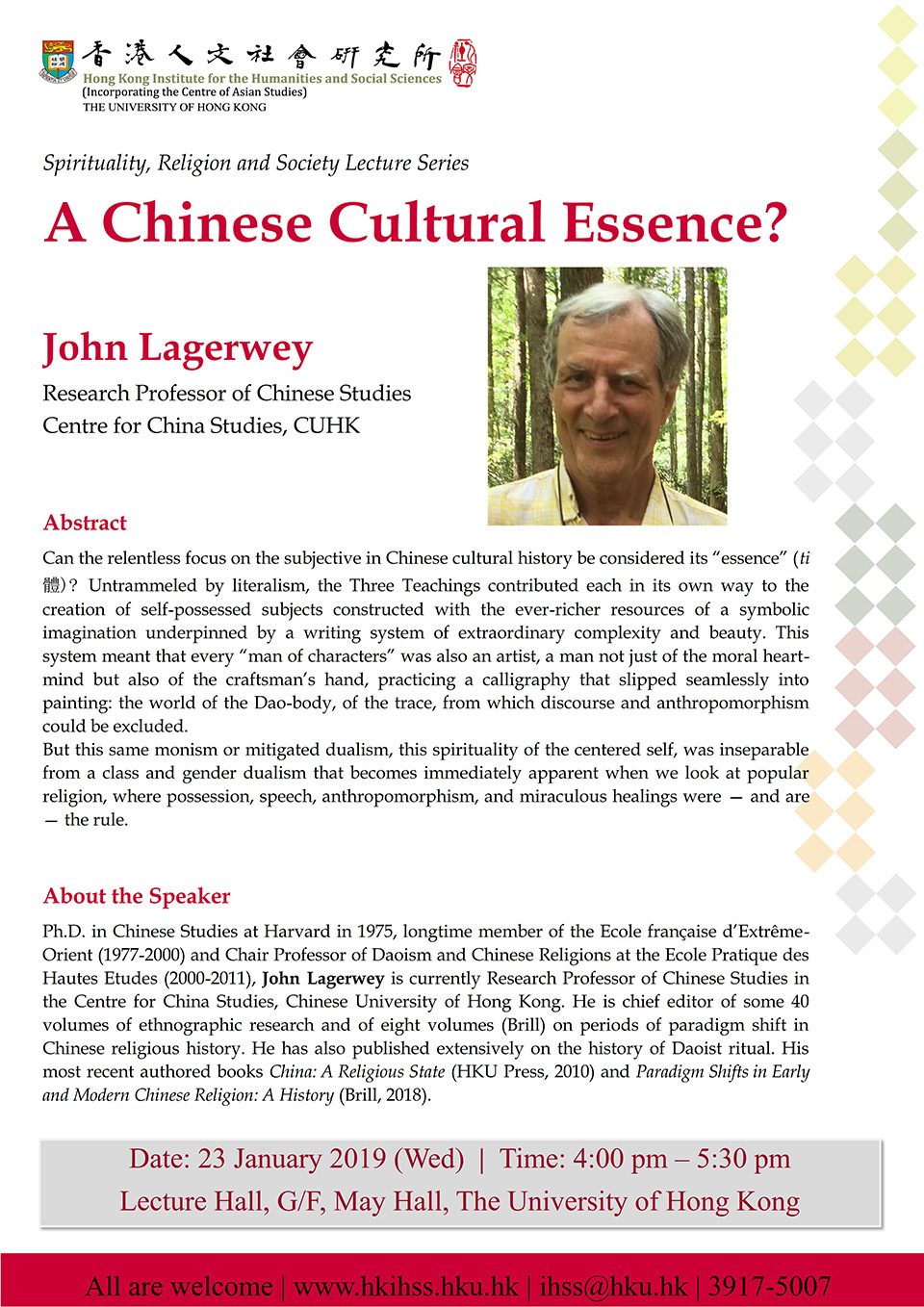