The Post-Secular Problematic and the Theory of Secularization

The Post-Secular Problematic and the Theory of Secularization

Contemporary scholars use the term “post-secular” with increasing frequency. This development stems from the broader decline of secularization theory in the Western academy. The decline began in the 1980s when scholars observed religion playing an important role in episodes of political conflict and revolution throughout the world. The term “post-secular” gained prominence in the late 90s as a way of describing the challenge of reconsidering the place of religion in the modern world. In response to this growing popularity, some scholars rightly critique the term “post-secular.” In its current usage, the term “post-secular” often binds secularity to the subtractive and anti-religious assumptions of classical secularization theory, and thus implicitly downplays the diverse and important roles that religion plays in modern, secular societies. However, the term “post-secular” does quite accurately describe the task of articulating a robust alternative to the longstanding theory of secularization, which provides a rich and encompassing vision of both humanity’s past, present, and future. The key distinction therefore seems to be whether we use the term to register surprise at religion’s endurance in an ostensibly anti-religious age or to name the conceptual task of articulating a vision of history that does not envision modern religion’s marginalization and decline. This presentation argues for the importance of pursuing the post-secular challenge of replacing secularization theory.

Benjamin Schewel is a Lecturer in the Faculty of Theology and Religious Studies at the University of Groningen and an Associate Fellow at the Institute for Advanced Studies in Culture at the University of Virginia. His research examines how conceptions of history shape arguments about the changing place of religion in the modern world. His first book, Seven Ways of Looking At Religion, was published by Yale University Press in 2017. He is currently writing a second book for Yale University Press, entitled Encountering the Axial Age.

This event is jointly organized by the “Rethinking Spirituality and Religion in Asia” Cluster and the Faith and Science Collaborative Research Forum at the University of Hong Kong. 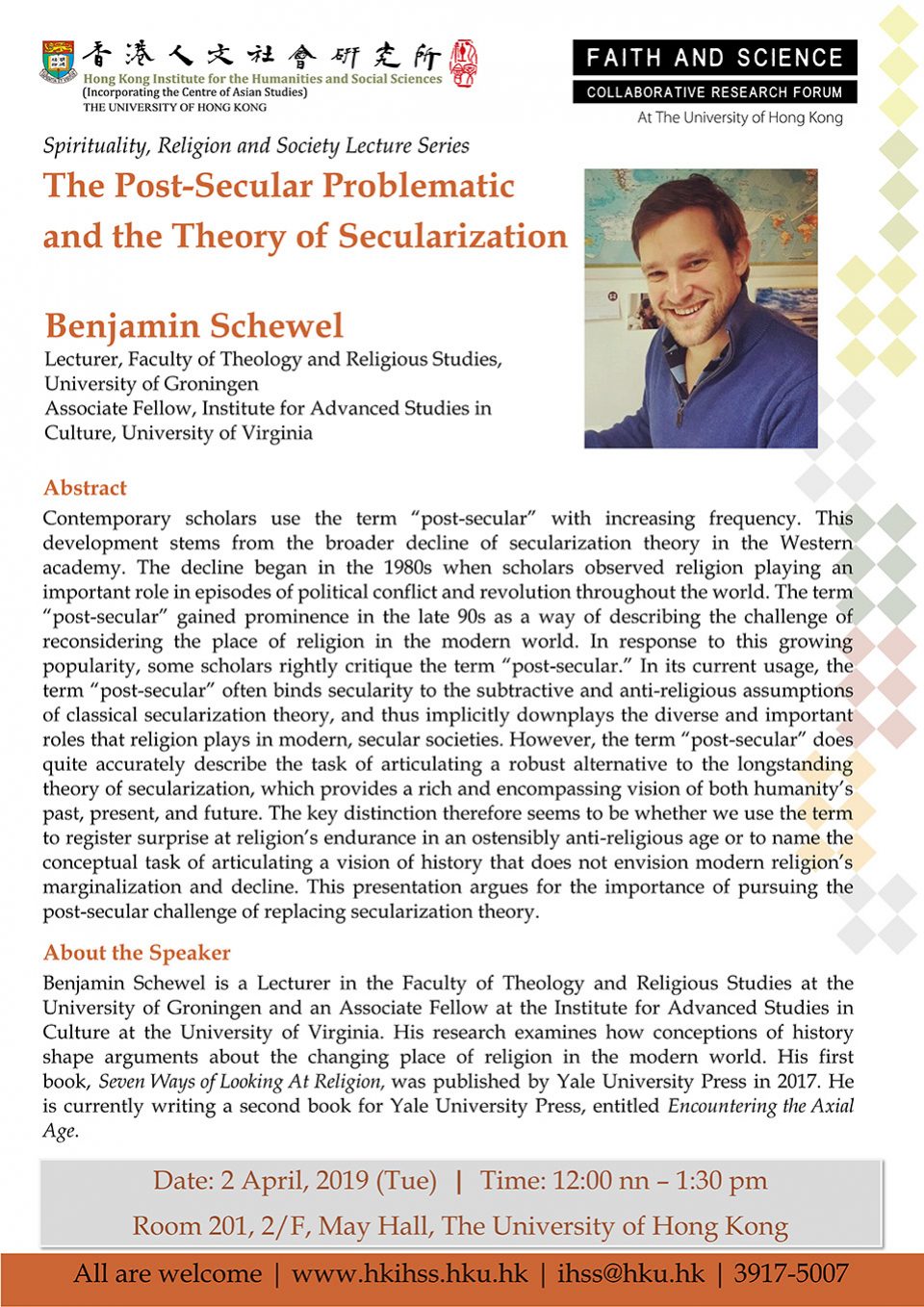