Daoist Ritual, the Transformation of Tradition and the Politics of Heritage among the Lanten Yao Minority of Laos

Daoist Ritual, the Transformation of Tradition and the Politics of Heritage among the Lanten Yao Minority of Laos

Mr. Joseba Estevez, Ph.D. candidate of Social Anthropology at the Westfaelische Wilhelms-Universitaet Muenster (WWU). His research focuses on the transmission of tradition of the ritual experts of the Lanten Yao communites of Northern Laos. For the last five years Mr. Estevez has played an important role with the Lanten communities of Northern Laos in establishing the Lanten Museum and Cultural Centre in Namlue village, where he carries out since 2010 extensive research on the role of the Lanten ritual experts. He is the initiator of the pilot project “Lanten Schools” aimed at promoting literacy in the Lanten ritual language, involving Chinese Daoist texts, among the Lanten youths. This pilot project started in Namlue in September 2014, in collaboration with the Luang Namtha Department of Information, Culture and Information.

This is an event organized by the “Rethinking Spirituality and Religion in Asia” Cluster of the Institute and co-sponsored by the Department of Sociology, The University of Hong Kong. 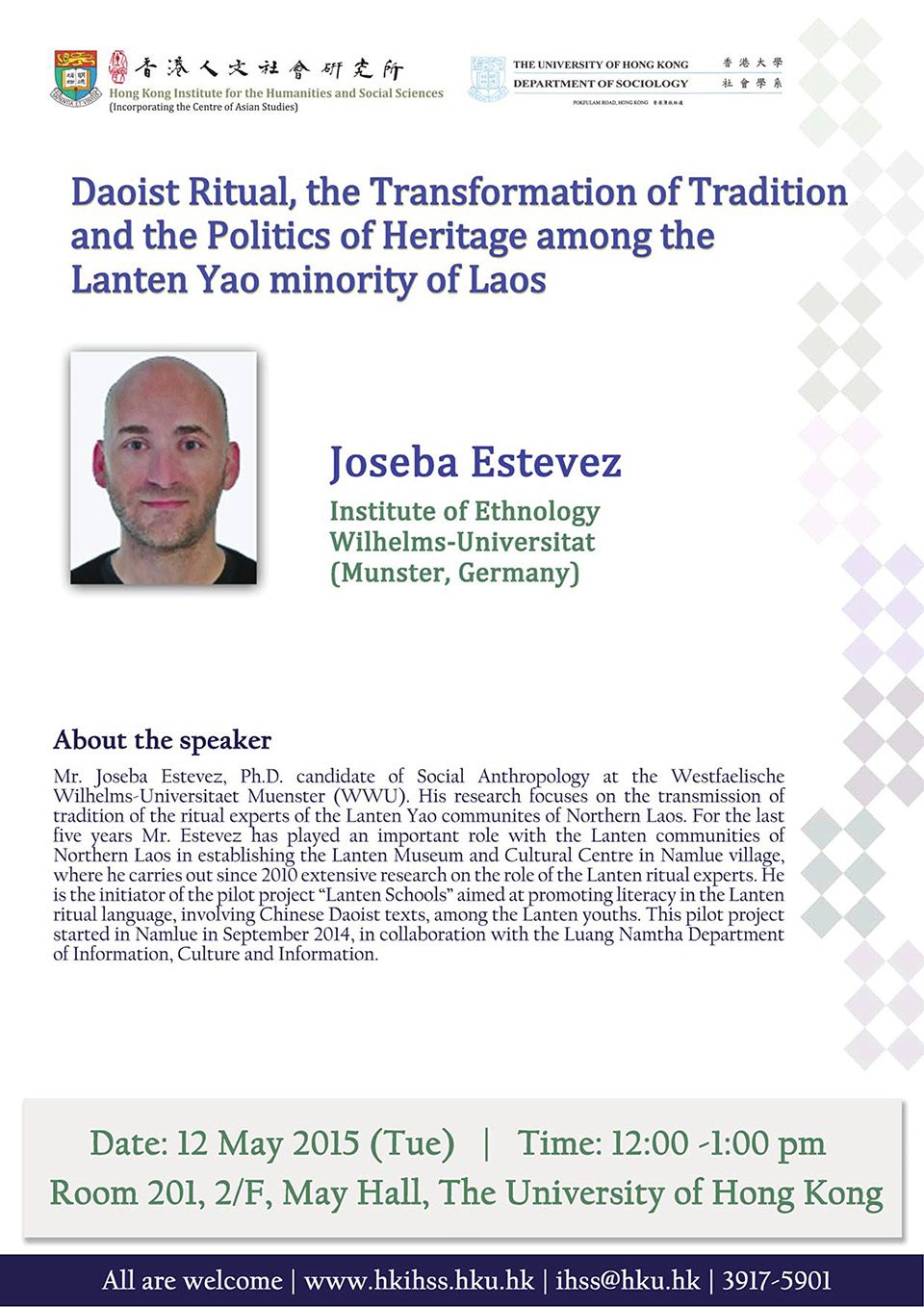