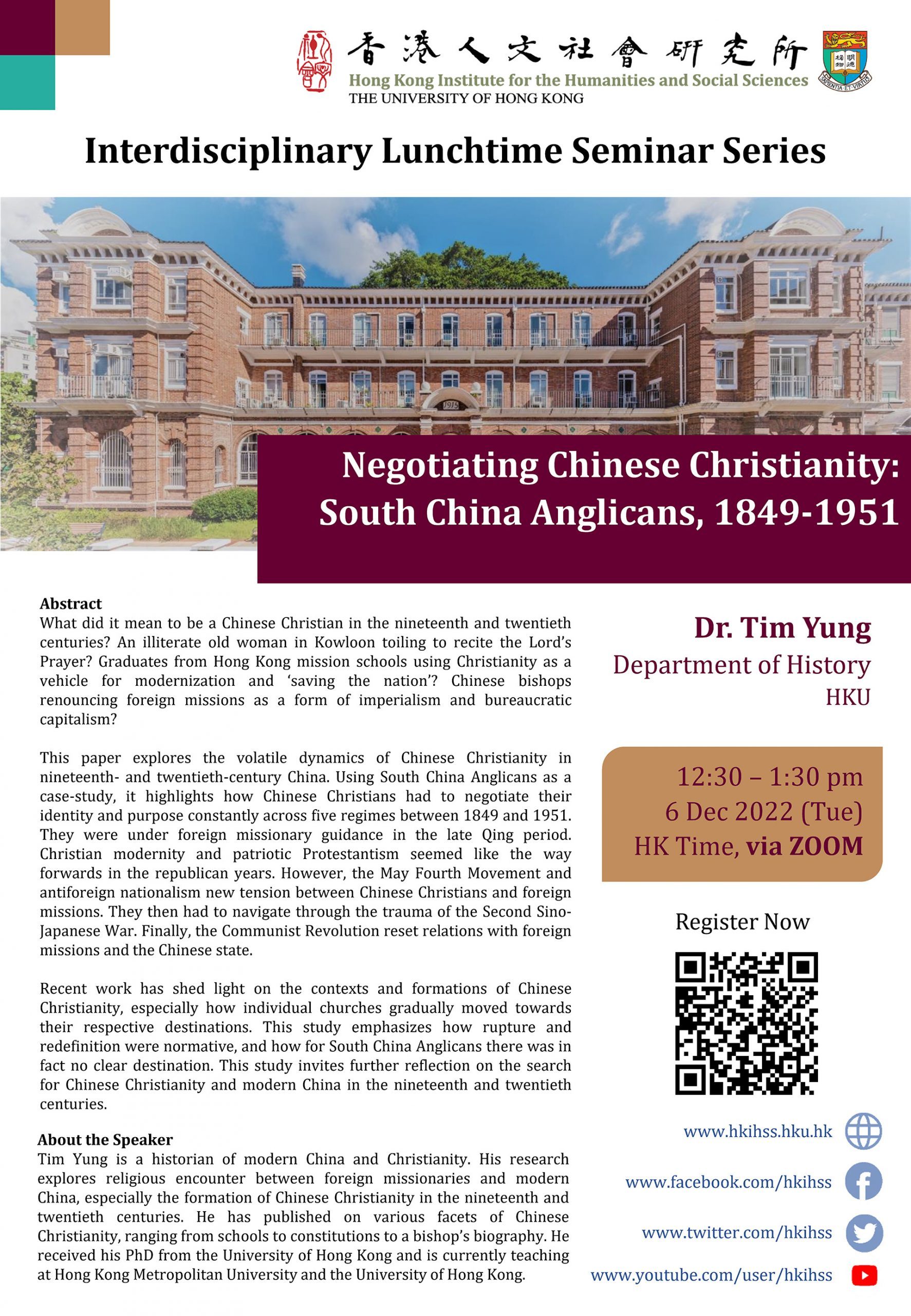 What did it mean to be a Chinese Christian in the nineteenth and twentieth centuries? An illiterate old woman in Kowloon toiling to recite the Lord’s Prayer? Graduates from Hong Kong mission schools using Christianity as a vehicle for modernization and ‘saving the nation’? Chinese bishops renouncing foreign missions as a form of imperialism and bureaucratic capitalism?

This paper explores the volatile dynamics of Chinese Christianity in nineteenth- and twentieth-century China. Using South China Anglicans as a case-study, it highlights how Chinese Christians had to negotiate their identity and purpose constantly across five regimes between 1849 and 1951. They were under foreign missionary guidance in the late Qing period. Christian modernity and patriotic Protestantism seemed like the way forwards in the republican years. However, the May Fourth Movement and antiforeign nationalism new tension between Chinese Christians and foreign missions. They then had to navigate through the trauma of the Second Sino-Japanese War. Finally, the Communist Revolution reset relations with foreign missions and the Chinese state.

Recent work has shed light on the contexts and formations of Chinese Christianity, especially how individual churches gradually moved towards their respective destinations. This study emphasizes how rupture and redefinition were normative, and how for South China Anglicans there was in fact no clear destination. This study invites further reflection on the search for Chinese Christianity and modern China in the nineteenth and twentieth centuries.

Tim Yung is a historian of modern China and Christianity. His research explores religious encounter between foreign missionaries and modern China, especially the formation of Chinese Christianity in the nineteenth and twentieth centuries. He has published on various facets of Chinese Christianity, ranging from schools to constitutions to a bishop’s biography. He received his PhD from the University of Hong Kong and is currently teaching at Hong Kong Metropolitan University and the University of Hong Kong.