Phlegm (tan 痰 ):Toward a Humoral History of Chinese Medicine

Phlegm (tan 痰 ):Toward a Humoral History of Chinese Medicine

When one peruses medical case histories from the Qing dynasty, one sees constant references to phlegm (tan痰) as both cause and consequence of disease. Phlegm figures as a central, indispensable concept in the late imperial Chinese imagination of the body and its pathologies. Curiously, however, the Huangdi neijing 黃帝內經 (ca. 1st cent. B.C.), the earliest and foundational classic of Chinese medicine, does not mention the term tan痰 at all. How did the Chinese concept of phlegm develop, and what does it mean?

Natalie Köhle is a Research Assistant Professor in the Department of History at Hong Kong Baptist University. She is a historian of medicine, culture, and the body with a Ph.D. from Harvard University. Her research focuses on the history of humours and fluids in China, and on the connections of the Chinese concept of phlegm with Āyurvedic and Greco-Islamic medical traditions. She also works on a project on donkey hide gelatine (ejiao 阿膠), and on a collaborative interactive media project entitled Fluid Matter(s). Her publications have appeared in the Journal of the American Oriental Society and Late Imperial China. 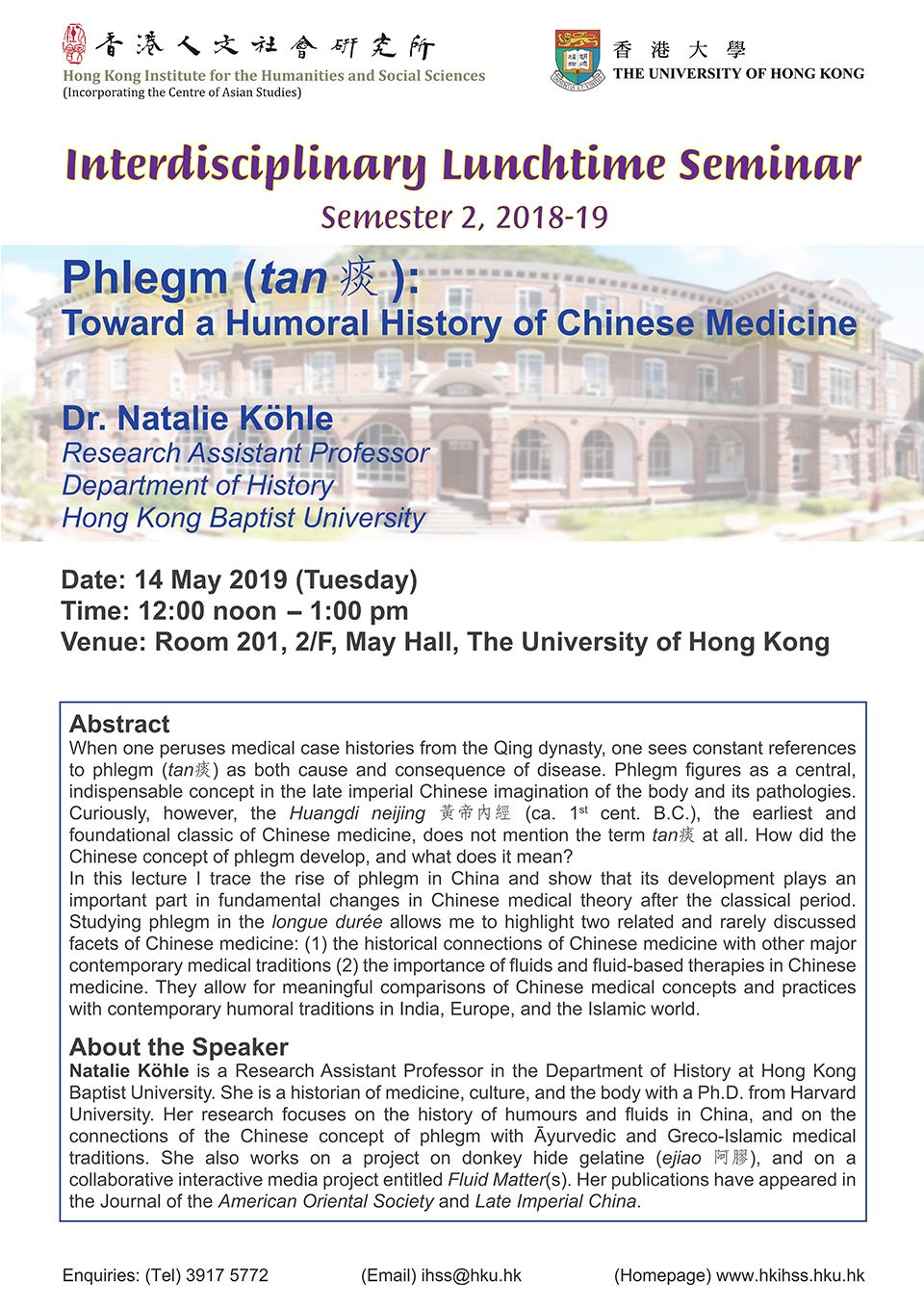