Interdisciplinary Lunchtime Seminar
Death, Ritual, and Redemption: A Study of Ghost Opera from a Socio-religious Perspective

Interdisciplinary Lunchtime Seminar
Death, Ritual, and Redemption: A Study of Ghost Opera from a Socio-religious Perspective 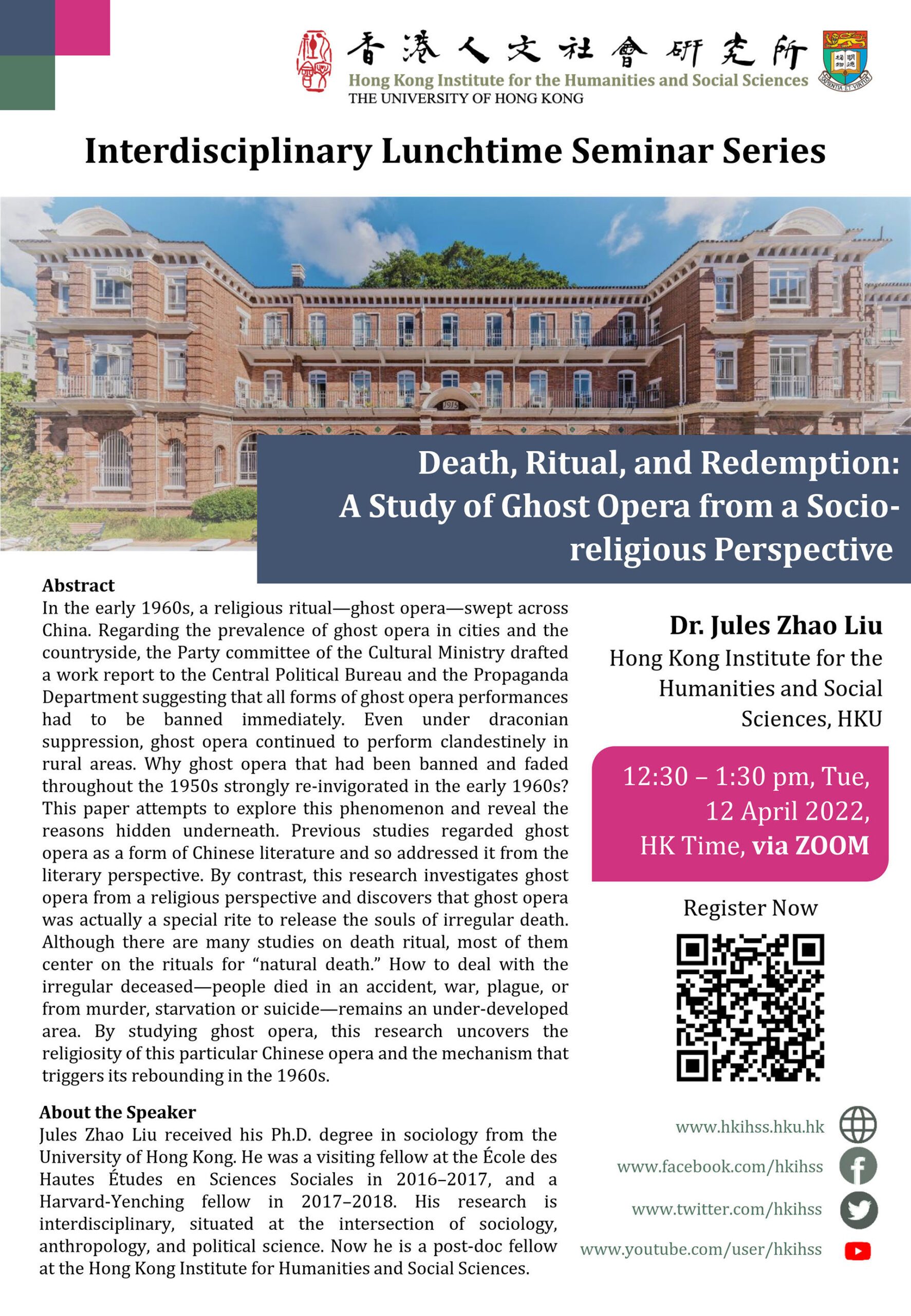 In the early 1960s, a religious ritual — ghost opera — swept across China. Regarding the prevalence of ghost opera in cities and the countryside, the Party committee of the Cultural Ministry drafted a work report to the Central Political Bureau and the Propaganda Department suggesting that all forms of ghost opera performances had to be banned immediately. Even under draconian suppression, ghost opera continued to perform clandestinely in rural areas. Why ghost opera that had been banned and faded throughout the 1950s strongly re-invigorated in the early 1960s? This paper attempts to explore this phenomenon and reveal the reasons hidden underneath. Previous studies regarded ghost opera as a form of Chinese literature and so addressed it from the literary perspective. By contrast, this research investigates ghost opera from a religious perspective and discovers that ghost opera was actually a special rite to release the souls of irregular death. Although there are many studies on death ritual, most of them center on the rituals for “natural death.” How to deal with the irregular deceased — people died in an accident, war, plague, or from murder, starvation or suicide — remains an under-developed area. By studying ghost opera, this research uncovers the religiosity of this particular Chinese opera and the mechanism that triggers its rebounding in the 1960s.

Jules Zhao Liu received his Ph.D. degree in sociology from the University of Hong Kong. He was a visiting fellow at the École des Hautes Études en Sciences Sociales in 2016 – 2017, and a Harvard-Yenching fellow in 2017 – 2018. His research is interdisciplinary, situated at the intersection of sociology, anthropology, and political science. Now he is a post-doc fellow at the Hong Kong Institute for Humanities and Social Sciences.