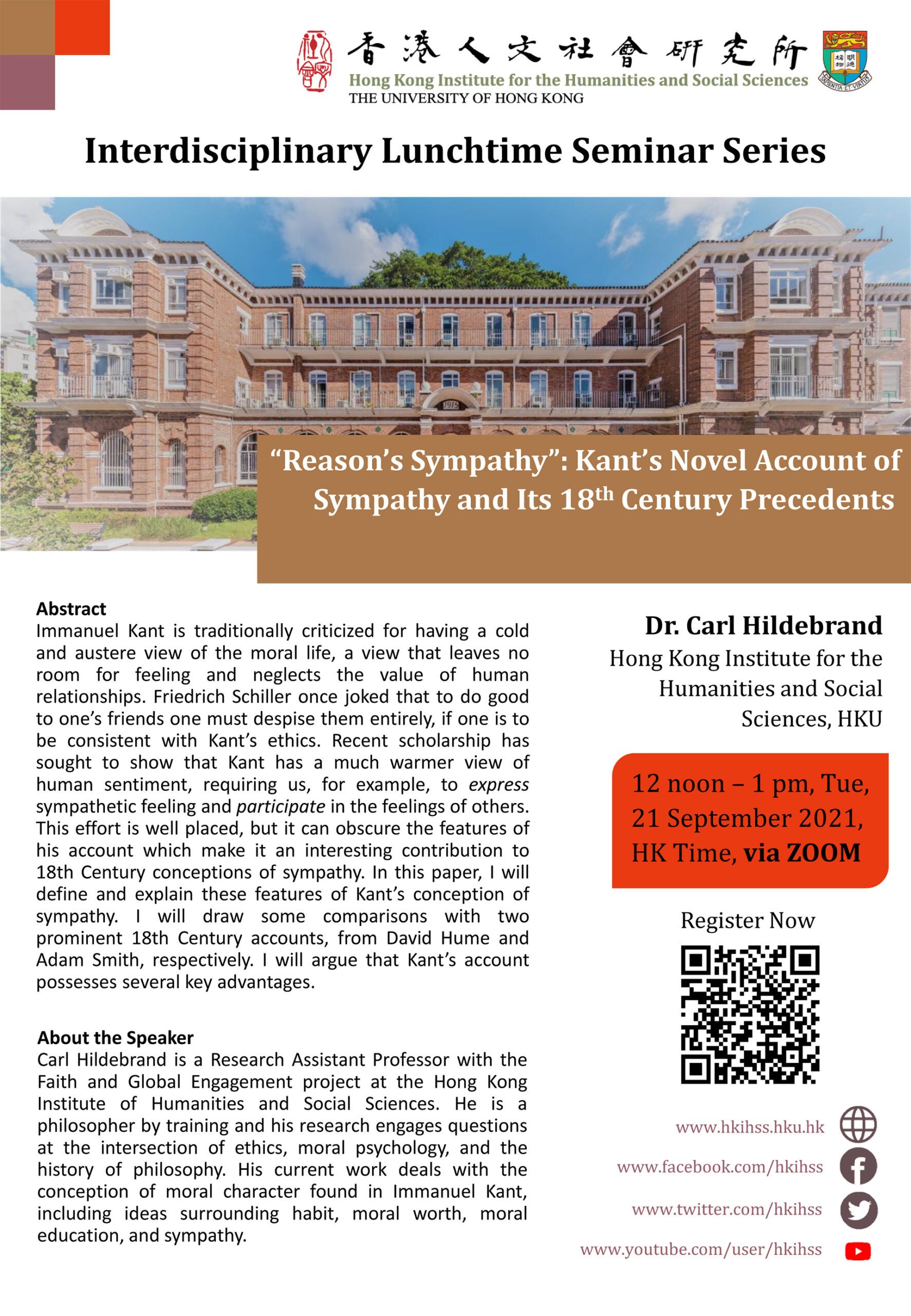 Immanuel Kant is traditionally criticized for having a cold and austere view of the moral life, a view that leaves no room for feeling and neglects the value of human relationships. Friedrich Schiller once joked that to do good to one’s friends one must despise them entirely, if one is to be consistent with Kant’s ethics. Recent scholarship has sought to show that Kant has a much warmer view of human sentiment, requiring us, for example, to express sympathetic feeling and participate in the feelings of others. This effort is well placed, but it can obscure the features of his account which make it an interesting contribution to 18th Century conceptions of sympathy. In this paper, I will define and explain these features of Kant’s conception of sympathy. I will draw some comparisons with two prominent 18th Century accounts, from David Hume and Adam Smith, respectively. I will argue that Kant’s account possesses several key advantages.

Carl Hildebrand is a Research Assistant Professor with the Faith and Global Engagement project at the Hong Kong Institute of Humanities and Social Sciences. He is a philosopher by training and his research engages questions at the intersection of ethics, moral psychology, and the history of philosophy. His current work deals with the conception of moral character found in Immanuel Kant, including ideas surrounding habit, moral worth, moral education, and sympathy.