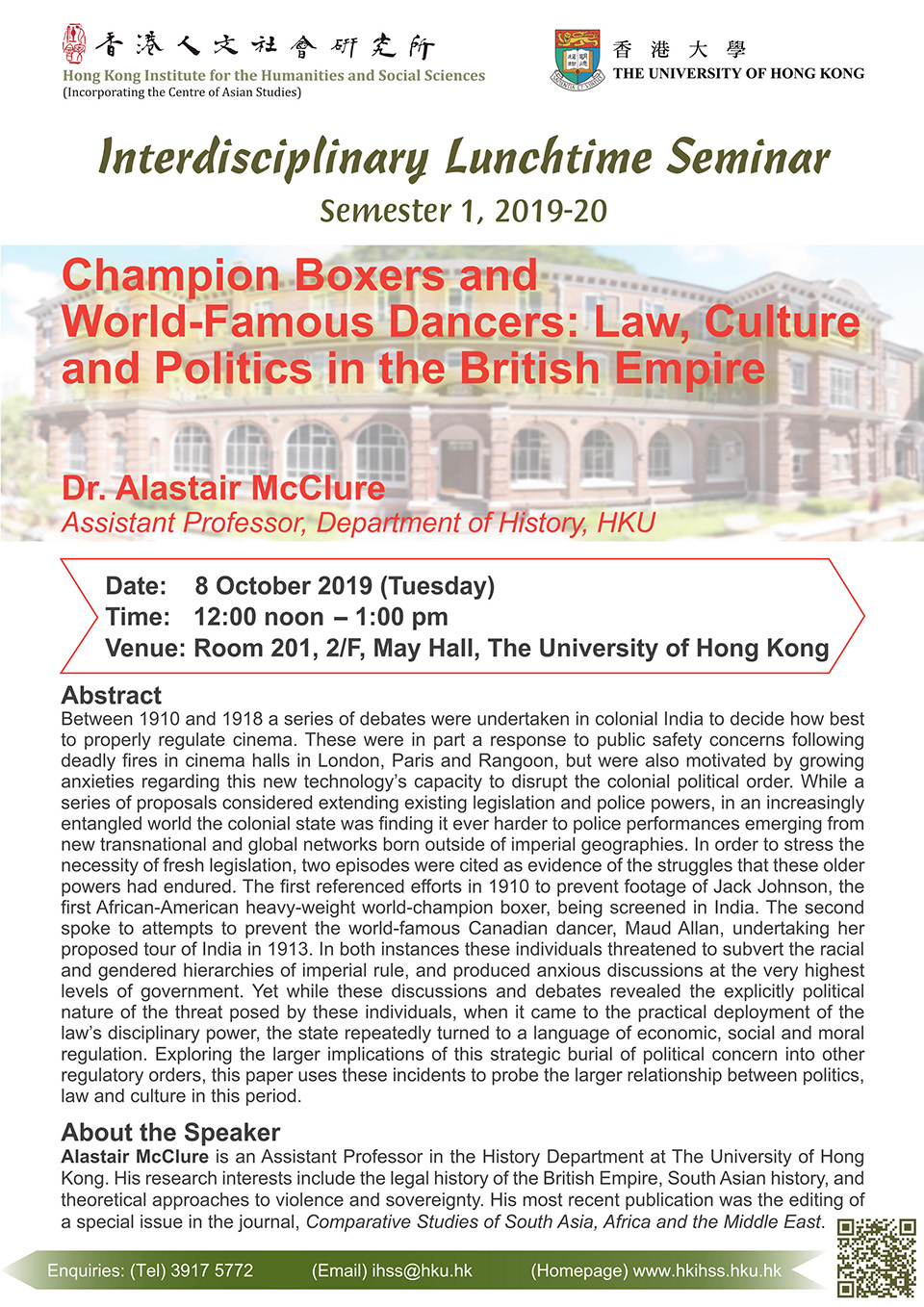 Between 1910 and 1918 a series of debates were undertaken in colonial India to decide how best to properly regulate cinema. These were in part a response to public safety concerns following deadly fires in cinema halls in London, Paris and Rangoon, but were also motivated by growing anxieties regarding this new technology’s capacity to disrupt the colonial political order. While a series of proposals considered extending existing legislation and police powers, in an increasingly entangled world the colonial state was finding it ever harder to police performances emerging from new transnational and global networks born outside of imperial geographies. In order to stress the necessity of fresh legislation, two episodes were cited as evidence of the struggles that these older powers had endured. The first referenced efforts in 1910 to prevent footage of Jack Johnson, the first African-American heavy-weight world-champion boxer, being screened in India. The second spoke to attempts to prevent the world-famous Canadian dancer, Maud Allan, undertaking her proposed tour of India in 1913. In both instances these individuals threatened to subvert the racial and gendered hierarchies of imperial rule, and produced anxious discussions at the very highest levels of government. Yet while these discussions and debates revealed the explicitly political nature of the threat posed by these individuals, when it came to the practical deployment of the law’s disciplinary power, the state repeatedly turned to a language of economic, social and moral regulation. Exploring the larger implications of this strategic burial of political concern into other regulatory orders, this paper uses these incidents to probe the larger relationship between politics, law and culture in this period.

Dr. Alastair McClure is an Assistant Professor in the History Department at The University of Hong Kong. His research interests include the legal history of the British Empire, South Asian history, and theoretical approaches to violence and sovereignty. His most recent publication was the editing of a special issue in the journal, Comparative Studies of South Asia, Africa and the Middle East.