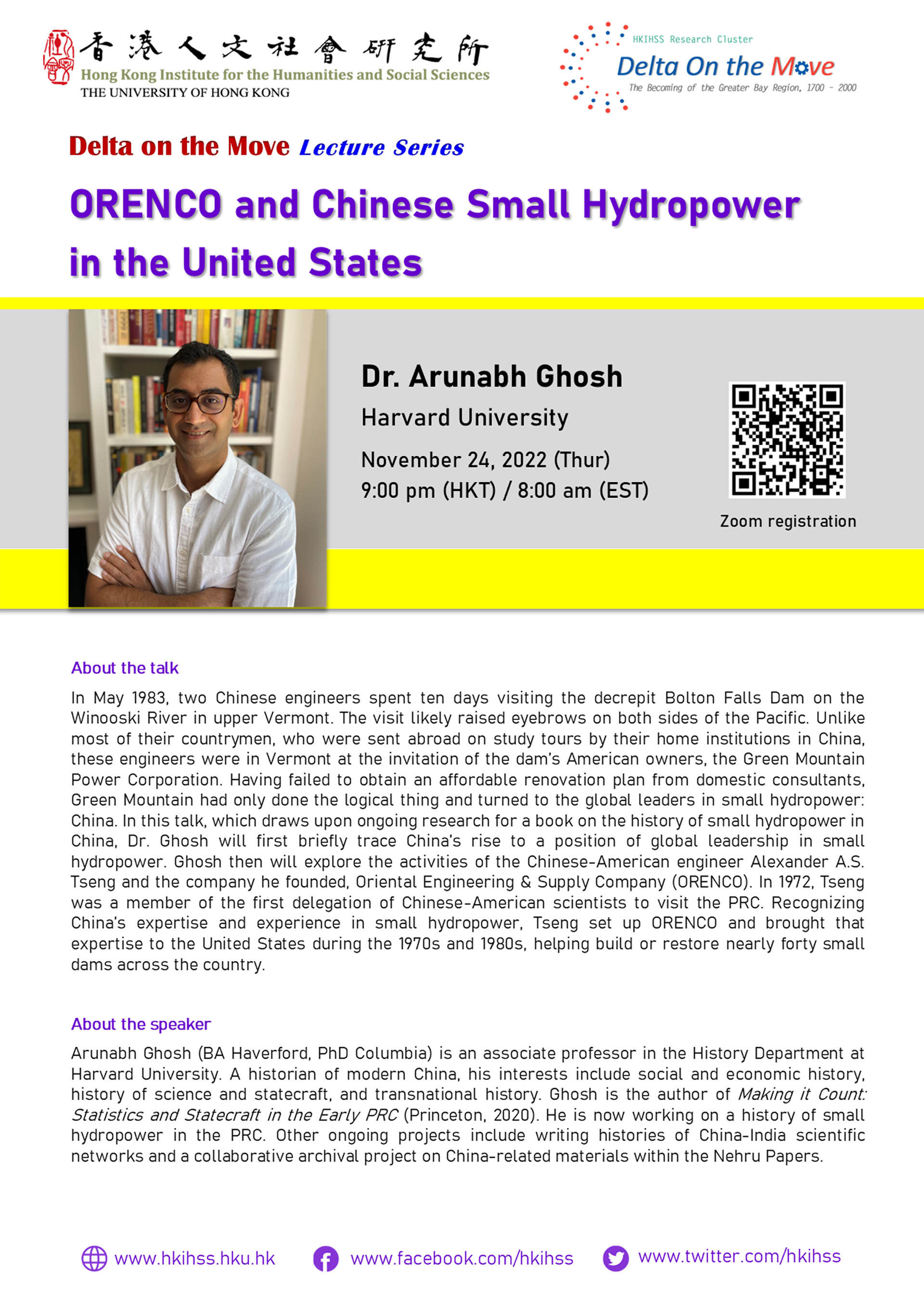 In May 1983, two Chinese engineers spent ten days visiting the decrepit Bolton Falls Dam on the Winooski River in upper Vermont. The visit likely raised eyebrows on both sides of the Pacific. Unlike most of their countrymen, who were sent abroad on study tours by their home institutions in China, these engineers were in Vermont at the invitation of the dam’s American owners, the Green Mountain Power Corporation. Having failed to obtain an affordable renovation plan from domestic consultants, Green Mountain had only done the logical thing and turned to the global leaders in small hydropower: China. In this talk, which draws upon ongoing research for a book on the history of small hydropower in China, Dr. Ghosh will first briefly trace China’s rise to a position of global leadership in small hydropower. Ghosh then will explore the activities of the Chinese-American engineer Alexander A.S. Tseng and the company he founded, Oriental Engineering & Supply Company (ORENCO). In 1972, Tseng was a member of the first delegation of Chinese-American scientists to visit the PRC. Recognizing China’s expertise and experience in small hydropower, Tseng set up ORENCO and brought that expertise to the United States during the 1970s and 1980s, helping build or restore nearly forty small dams across the country.

Arunabh Ghosh (BA Haverford, PhD Columbia) is an associate professor in the History Department at Harvard University. A historian of modern China, his interests include social and economic history, history of science and statecraft, and transnational history. Ghosh is the author of Making it Count: Statistics and Statecraft in the Early PRC (Princeton, 2020). He is now working on a history of small hydropower in the PRC. Other ongoing projects include writing histories of China-India scientific networks and a collaborative archival project on China-related materials within the Nehru Papers.