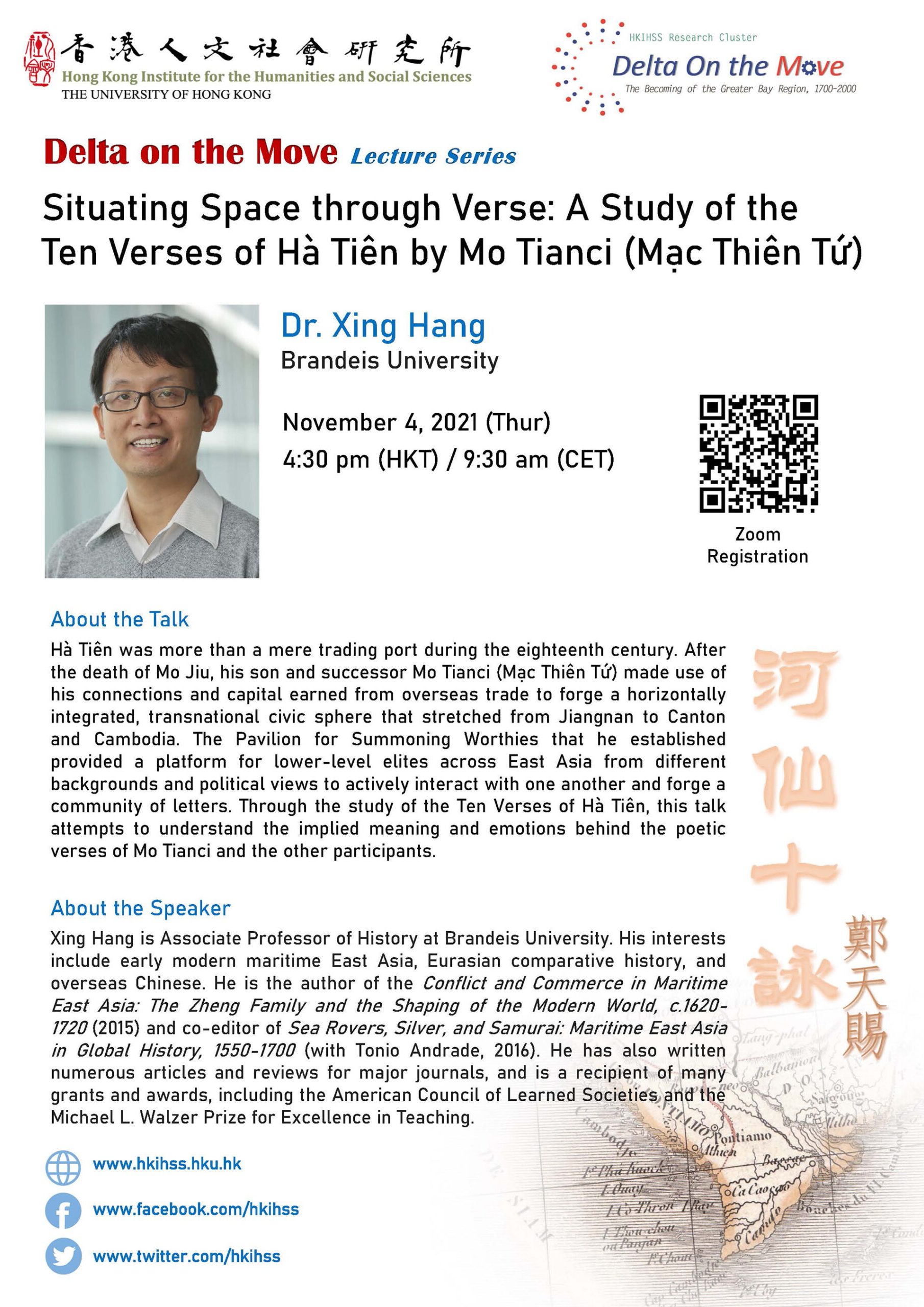 Hà Tiên was more than a mere trading port during the eighteenth century. After the death of Mo Jiu, his son and successor Mo Tianci (Mạc Thiên Tứ) made use of his connections and capital earned from overseas trade to forge a horizontally integrated, transnational civic sphere that stretched from Jiangnan to Canton and Cambodia. The Pavilion for Summoning Worthies that he established provided a platform for lower-level elites across East Asia from different backgrounds and political views to actively interact with one another and forge a community of letters. Through the study of the Ten Verses of Hà Tiên, this talk attempts to understand the implied meaning and emotions behind the poetic verses of Mo Tianci and the other participants.

Xing Hang is Associate Professor of History at Brandeis University. His interests include early modern maritime East Asia, Eurasian comparative history, and overseas Chinese. He is the author of the Conflict and Commerce in Maritime East Asia: The Zheng Family and the Shaping of the Modern World, c.1620-1720 (2015) and co-editor of Sea Rovers, Silver, and Samurai: Maritime East Asia in Global History, 1550-1700  (with Tonio Andrade, 2016). He has also written numerous articles and reviews for major journals, and is a recipient of many grants and awards, including the American Council of Learned Societies and the Michael L. Walzer Prize for Excellence in Teaching.