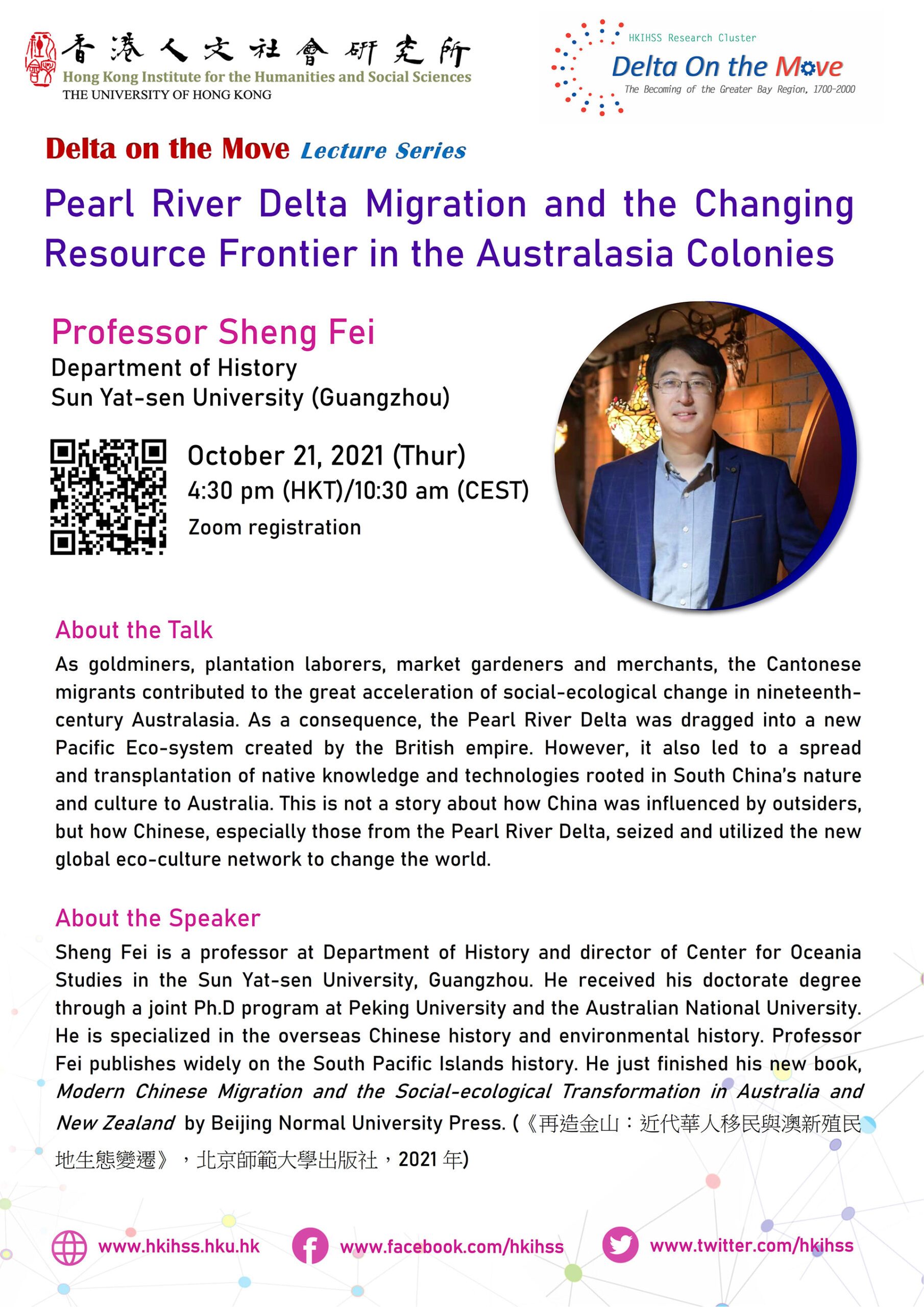 As goldminers, plantation laborers, market gardeners and merchants, the Cantonese migrants contributed to the great acceleration of social-ecological change in nineteenth century Australasia. As a consequence, the Pearl River Delta was dragged into a new Pacific Eco-system created by the British empire. However, it also led to a spread and transplantation of native knowledge and technologies rooted in South China’s nature and culture to Australia. This is not a story about how China was influenced by outsiders, but how Chinese, especially those from the Pearl River Delta, seized and utilized the new global eco-culture network to change the world.

Sheng Fei is a professor at Department of History and director of Center for Oceania Studies in the Sun Yat-sen University, Guangzhou. He received his doctorate degree through a joint Ph.D program at Peking University and the Australian National University. He is specialized in the overseas Chinese history and environmental history. Professor Fei publishes widely on the South Pacific Islands history. He just finished his new book, Modern Chinese Migration and the Social-ecological Transformation in Australia and New Zealand by Beijing Normal University Press. (《再造金山：近代華人移民與澳新殖民地生態變遷》，北京師範大學出版社，2021 年)