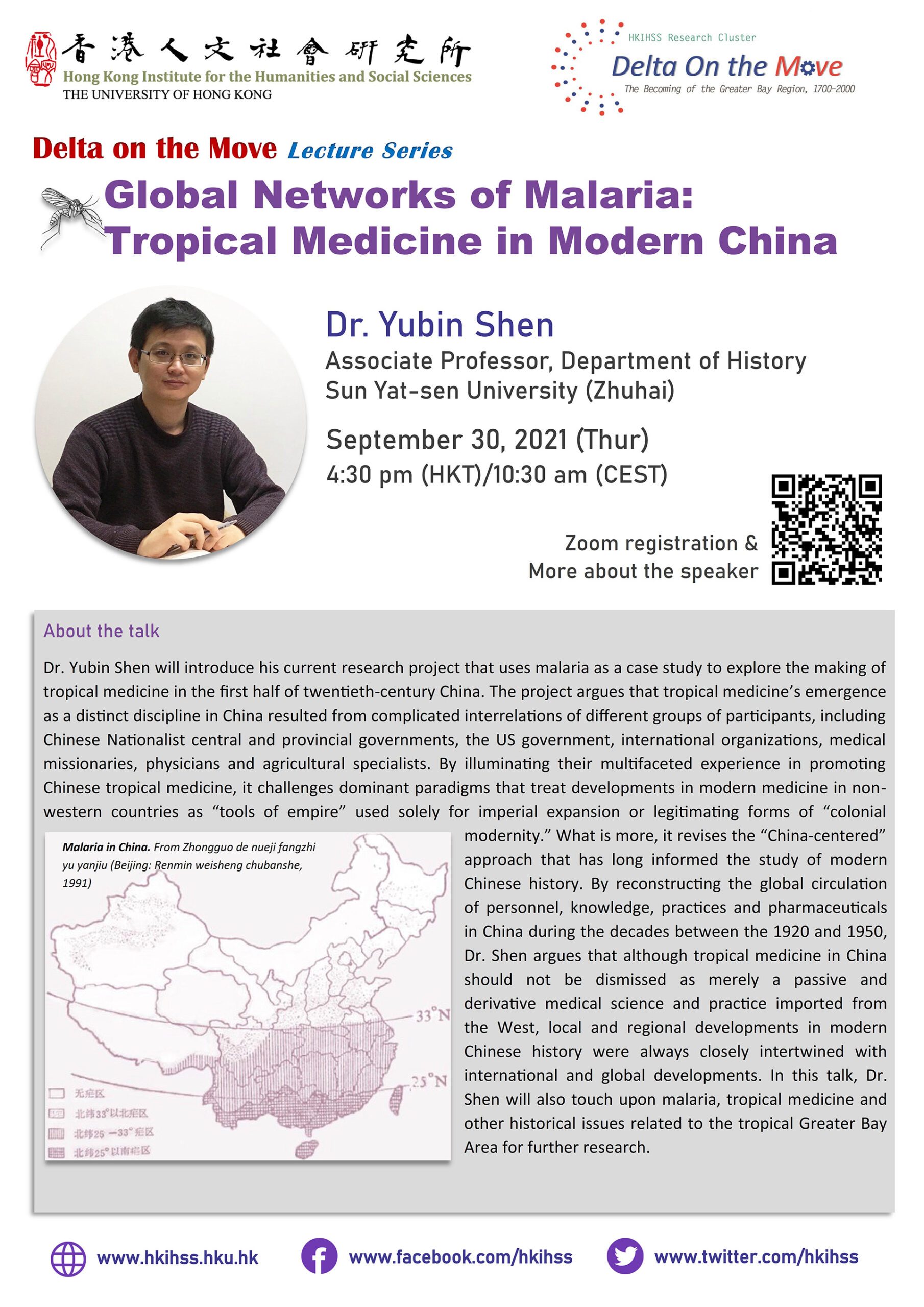 Dr. Yubin Shen will introduce his current research project that uses malaria as a case study to explore the making of tropical medicine in the first half of twentieth-century China. The project argues that tropical medicine’s emergence as a distinct discipline in China resulted from complicated interrelations of different groups of participants, including Chinese Nationalist central and provincial governments, the US government, international organizations, medical missionaries, physicians and agricultural specialists. By illuminating their multifaceted experience in promoting Chinese tropical medicine, it challenges dominant paradigms that treat developments in modern medicine in non-western countries as “tools of empire” used solely for imperial expansion or legitimating forms of “colonial modernity.” What is more, it revises the “China-centered” approach that has long informed the study of modern Chinese history. By reconstructing the global circulation of personnel, knowledge, practices and pharmaceuticals in China during the decades between the 1920 and 1950, Dr. Shen argues that although tropical medicine in China should not be dismissed as merely a passive and derivative medical science and practice imported from the West, local and regional developments in modern Chinese history were always closely intertwined with international and global developments. In this talk, Dr. Shen will also touch upon malaria, tropical medicine and other historical issues related to the tropical Greater Bay Area for further research.

Yubin Shen is an associate professor at the Department of History (Zhuhai), Sun Yat-sen University. He received his Ph.D. in History from Georgetown University in 2017, and then served as a postdoctoral fellow at the Max Planck Institute for the History of Science from 2017 – 2019. His fields of specialization include modern Chinese history, global history, environmental history, and the history of science, technology and medicine. He is currently preparing a book manuscript entitled as Global Networks of Malaria: Tropical Medicine in Modern China, as well as two other on-going research projects: Pest Control and the Making of the Anthropocene in Modern China and Global Cropscapes of Medicinal Plants in Modern China.