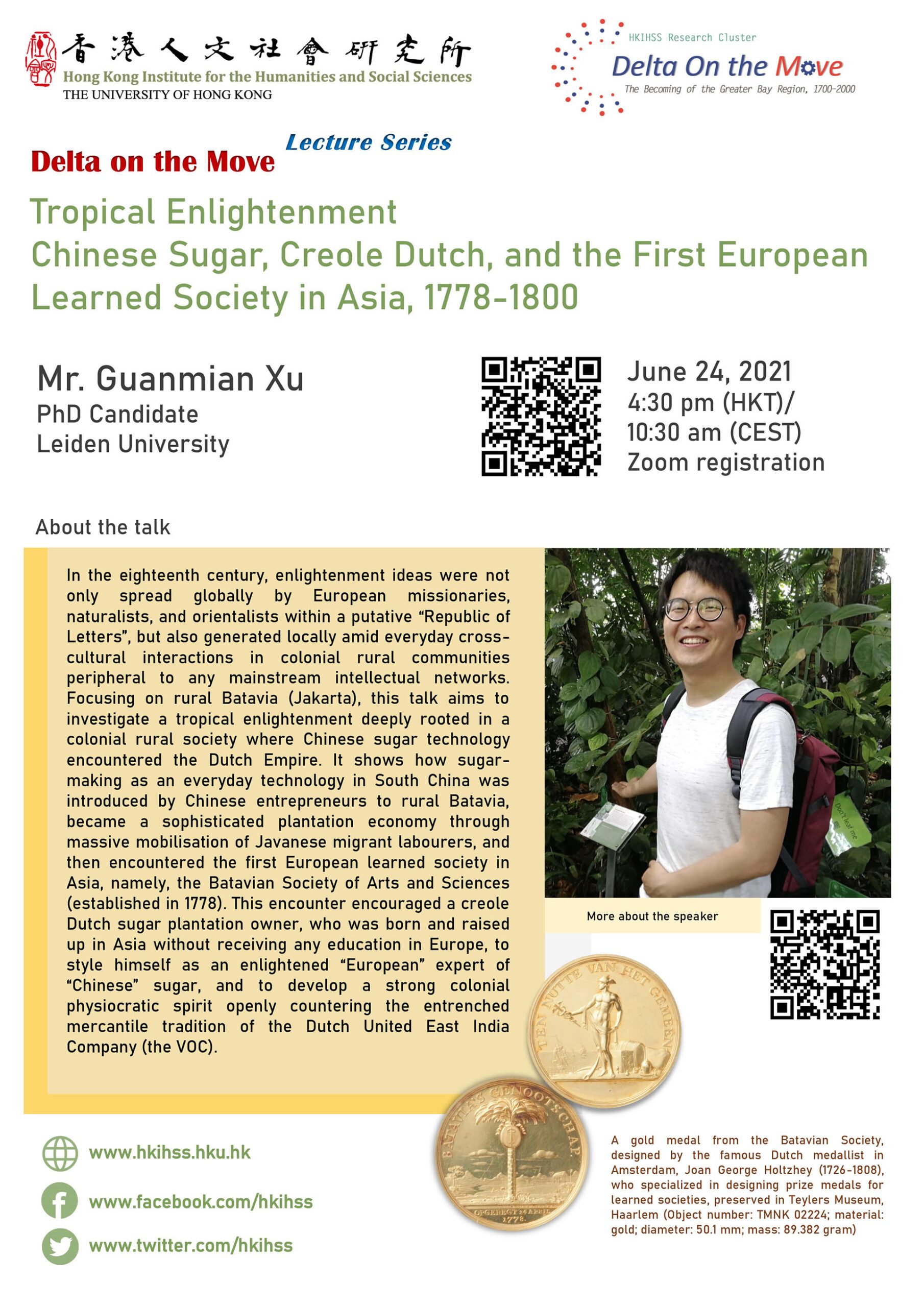 In the eighteenth century, enlightenment ideas were not only spread globally by European missionaries, naturalists, and orientalists within a putative “Republic of Letters”, but also generated locally amid everyday cross-cultural interactions in colonial rural communities peripheral to any mainstream intellectual networks. Focusing on rural Batavia (Jakarta), this talk aims to investigate a tropical enlightenment deeply rooted in a colonial rural society where Chinese sugar technology encountered the Dutch Empire. It shows how sugar-making as an everyday technology in South China was introduced by Chinese entrepreneurs to rural Batavia, became a sophisticated plantation economy through massive mobilisation of Javanese migrant labourers, and then encountered the first European learned society in Asia, namely, the Batavian Society of Arts and Sciences (established in 1778). This encounter encouraged a creole Dutch sugar plantation owner, who was born and raised up in Asia without receiving any education in Europe, to style himself as an enlightened “European” expert of “Chinese” sugar, and to develop a strong colonial physiocratic spirit openly countering the entrenched mercantile tradition of the Dutch United East India Company (the VOC).

Guanmian Xu works on the history of tropical commodities in early modern southern Asia. He is currently finishing his Ph.D. project, “Pepper to Sea Cucumbers: Chinese Gustatory Revolution in Global History, 900-1840” (Leiden University, 2017-2021). He publishes articles on cloves and sugar in Itinerario (2020) and Journal of World History (forthcoming), and is preparing a book-length manuscript about sugar plantations in early modern Southeast Asia.