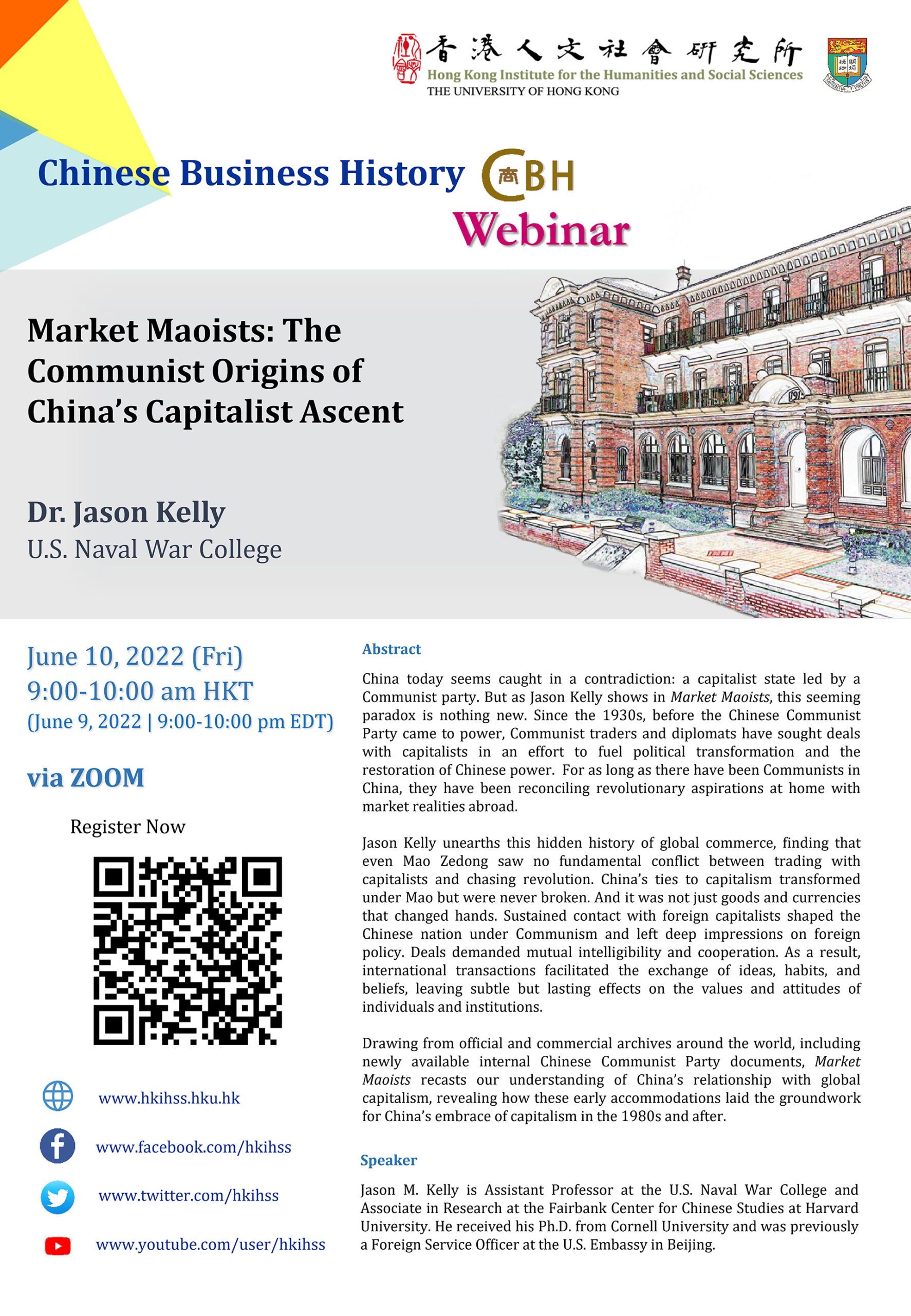 China today seems caught in a contradiction: a capitalist state led by a Communist party. But as Jason Kelly shows in Market Maoists, this seeming paradox is nothing new. Since the 1930s, before the Chinese Communist Party came to power, Communist traders and diplomats have sought deals with capitalists in an effort to fuel political transformation and the restoration of Chinese power.  For as long as there have been Communists in China, they have been reconciling revolutionary aspirations at home with market realities abroad.

Jason Kelly unearths this hidden history of global commerce, finding that even Mao Zedong saw no fundamental conflict between trading with capitalists and chasing revolution. China’s ties to capitalism transformed under Mao but were never broken. And it was not just goods and currencies that changed hands. Sustained contact with foreign capitalists shaped the Chinese nation under Communism and left deep impressions on foreign policy. Deals demanded mutual intelligibility and cooperation. As a result, international transactions facilitated the exchange of ideas, habits, and beliefs, leaving subtle but lasting effects on the values and attitudes of individuals and institutions.

Drawing from official and commercial archives around the world, including newly available internal Chinese Communist Party documents, Market Maoists recasts our understanding of China’s relationship with global capitalism, revealing how these early accommodations laid the groundwork for China’s embrace of capitalism in the 1980s and after.

Jason M. Kelly is Assistant Professor at the U.S. Naval War College and Associate in Research at the Fairbank Center for Chinese Studies at Harvard University. He received his Ph.D. from Cornell University and was previously a Foreign Service Officer at the U.S. Embassy in Beijing.