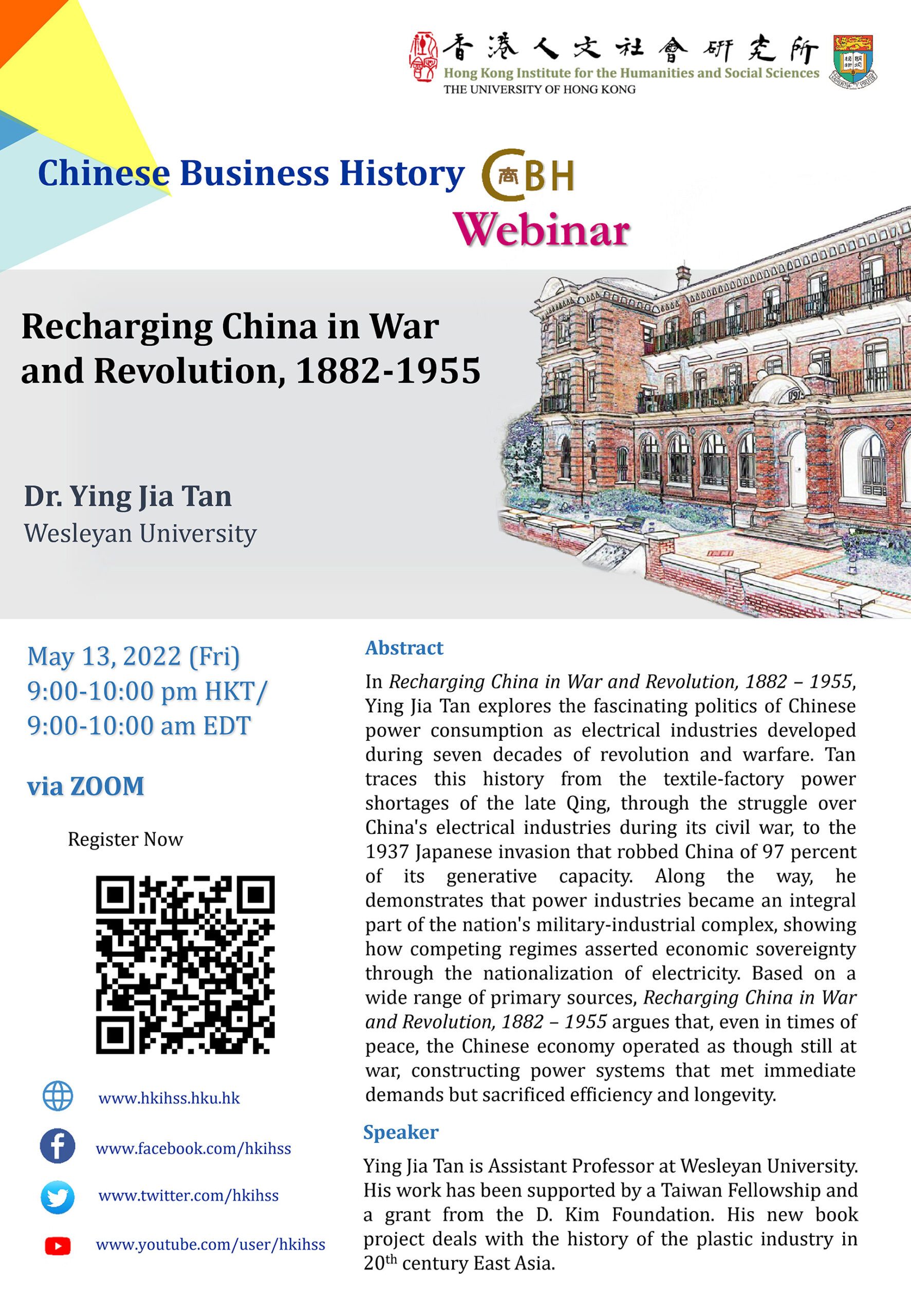 In Recharging China in War and Revolution, 1882 – 1955, Ying Jia Tan explores the fascinating politics of Chinese power consumption as electrical industries developed during seven decades of revolution and warfare. Tan traces this history from the textile-factory power shortages of the late Qing, through the struggle over China's electrical industries during its civil war, to the 1937 Japanese invasion that robbed China of 97 percent of its generative capacity. Along the way, he demonstrates that power industries became an integral part of the nation's military-industrial complex, showing how competing regimes asserted economic sovereignty through the nationalization of electricity. Based on a wide range of primary sources, Recharging China in War and Revolution, 1882 – 1955 argues that, even in times of peace, the Chinese economy operated as though still at war, constructing power systems that met immediate demands but sacrificed efficiency and longevity.

Ying Jia Tan is Assistant Professor at Wesleyan University. His work has been supported by a Taiwan Fellowship and a grant from the D. Kim Foundation. His new book project deals with the history of the plastic industry in 20th century East Asia.