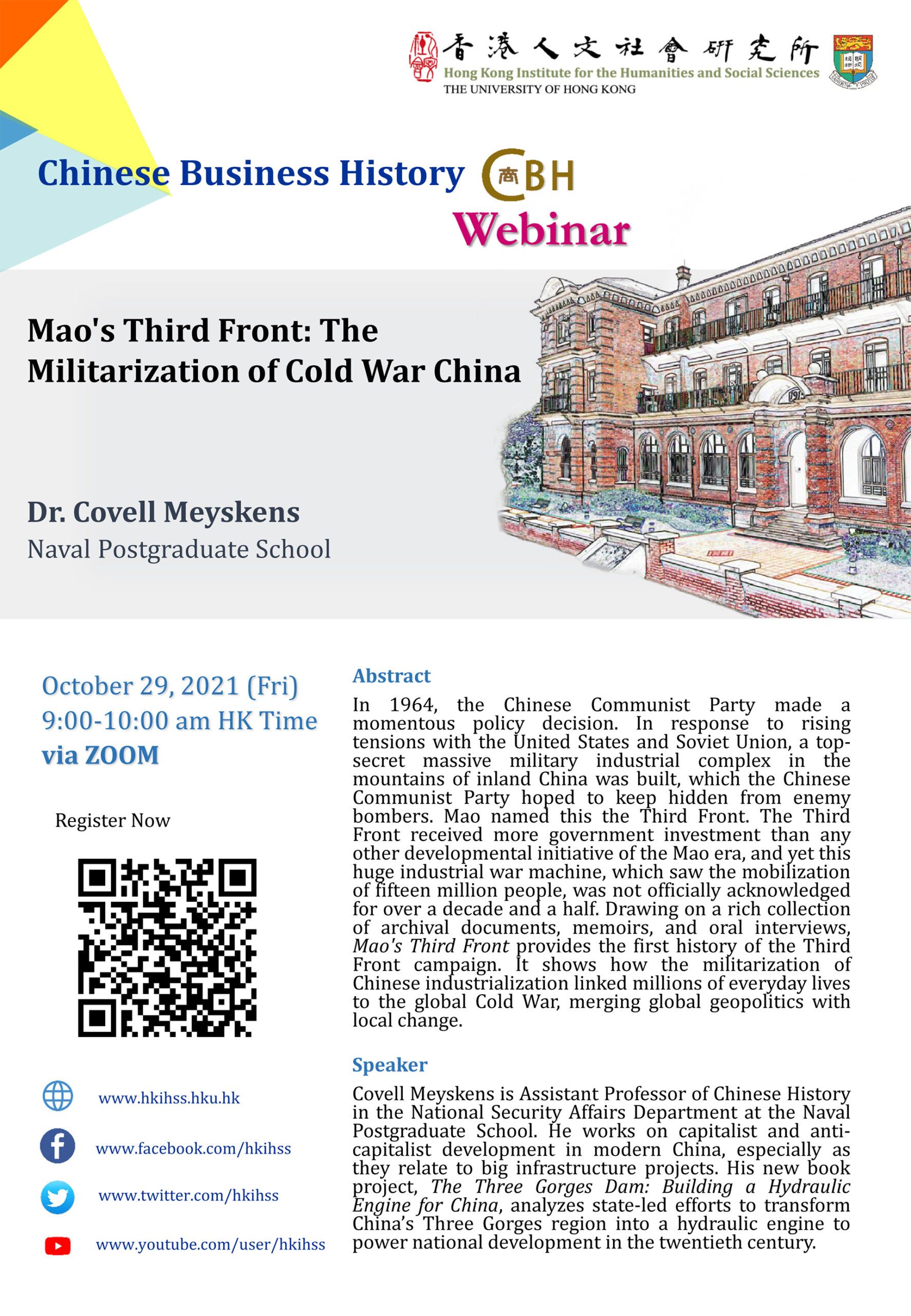 In 1964, the Chinese Communist Party made a momentous policy decision. In response to rising tensions with the United States and Soviet Union, a top-secret massive military industrial complex in the mountains of inland China was built, which the Chinese Communist Party hoped to keep hidden from enemy bombers. Mao named this the Third Front. The Third Front received more government investment than any other developmental initiative of the Mao era, and yet this huge industrial war machine, which saw the mobilization of fifteen million people, was not officially acknowledged for over a decade and a half. Drawing on a rich collection of archival documents, memoirs, and oral interviews, Mao's Third Front provides the first history of the Third Front campaign. It shows how the militarization of Chinese industrialization linked millions of everyday lives to the global Cold War, merging global geopolitics with local change.

Covell Meyskens is Assistant Professor of Chinese History in the National Security Affairs Department at the Naval Postgraduate School. He works on capitalist and anti-capitalist development in modern China, especially as they relate to big infrastructure projects. His new book project, The Three Gorges Dam: Building a Hydraulic Engine for China, analyzes state-led efforts to transform China’s Three Gorges region into a hydraulic engine to power national development in the twentieth century.