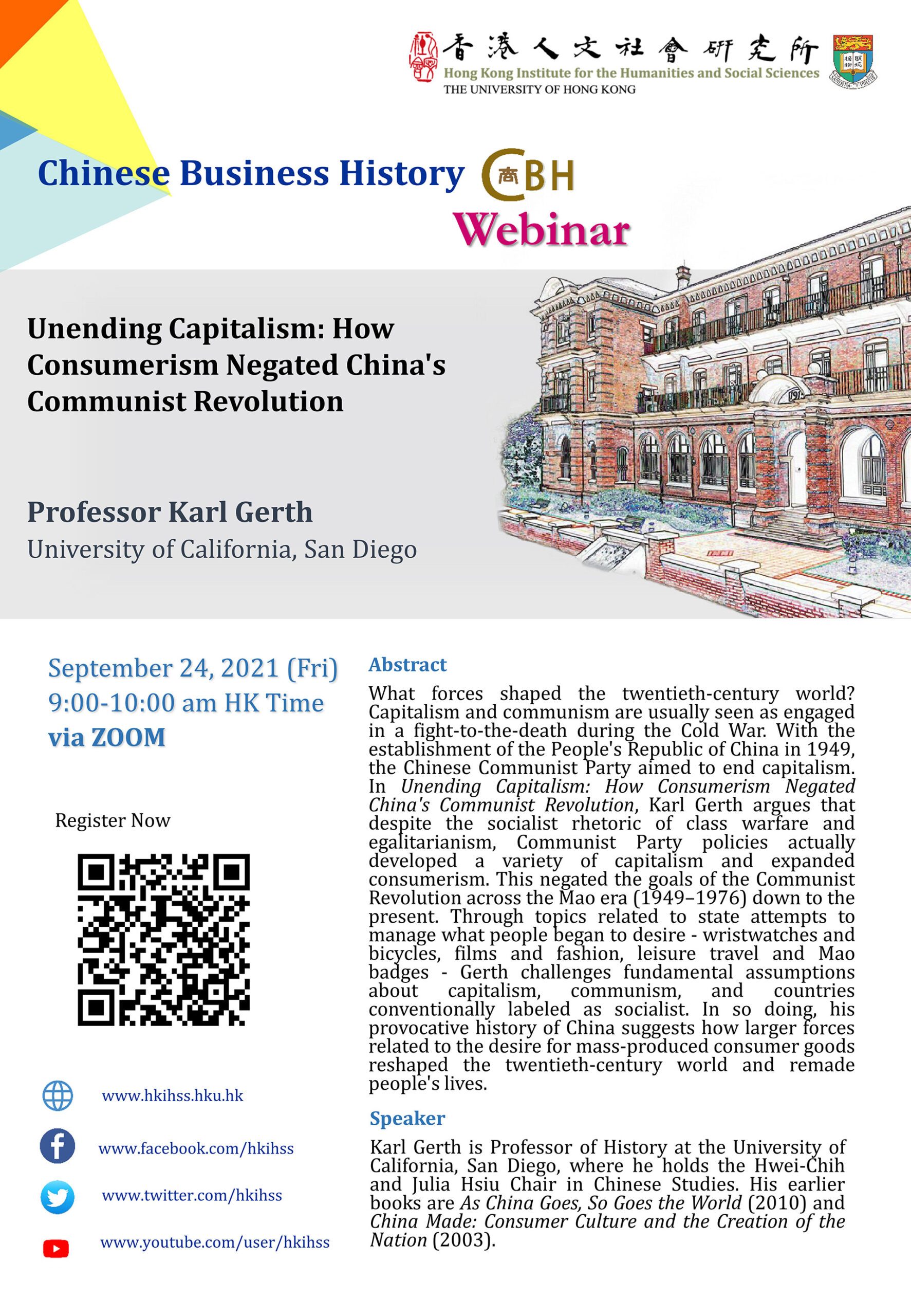 What forces shaped the twentieth-century world? Capitalism and communism are usually seen as engaged in a fight-to-the-death during the Cold War. With the establishment of the People’s Republic of China in 1949, the Chinese Communist Party aimed to end capitalism. In Unending Capitalism: How Consumerism Negated China’s Communist Revolution, Karl Gerth argues that despite the socialist rhetoric of class warfare and egalitarianism, Communist Party policies actually developed a variety of capitalism and expanded consumerism. This negated the goals of the Communist Revolution across the Mao era (1949 – 1976) down to the present. Through topics related to state attempts to manage what people began to desire — wristwatches and bicycles, films and fashion, leisure travel and Mao badges — Gerth challenges fundamental assumptions about capitalism, communism, and countries conventionally labeled as socialist. In so doing, his provocative history of China suggests how larger forces related to the desire for mass-produced consumer goods reshaped the twentieth-century world and remade people’s lives.

Karl Gerth is Professor of History at the University of California, San Diego, where he holds the Hwei-Chih and Julia Hsiu Chair in Chinese Studies. His earlier books are As China Goes, So Goes the World (2010) and China Made: Consumer Culture and the Creation of the Nation (2003).