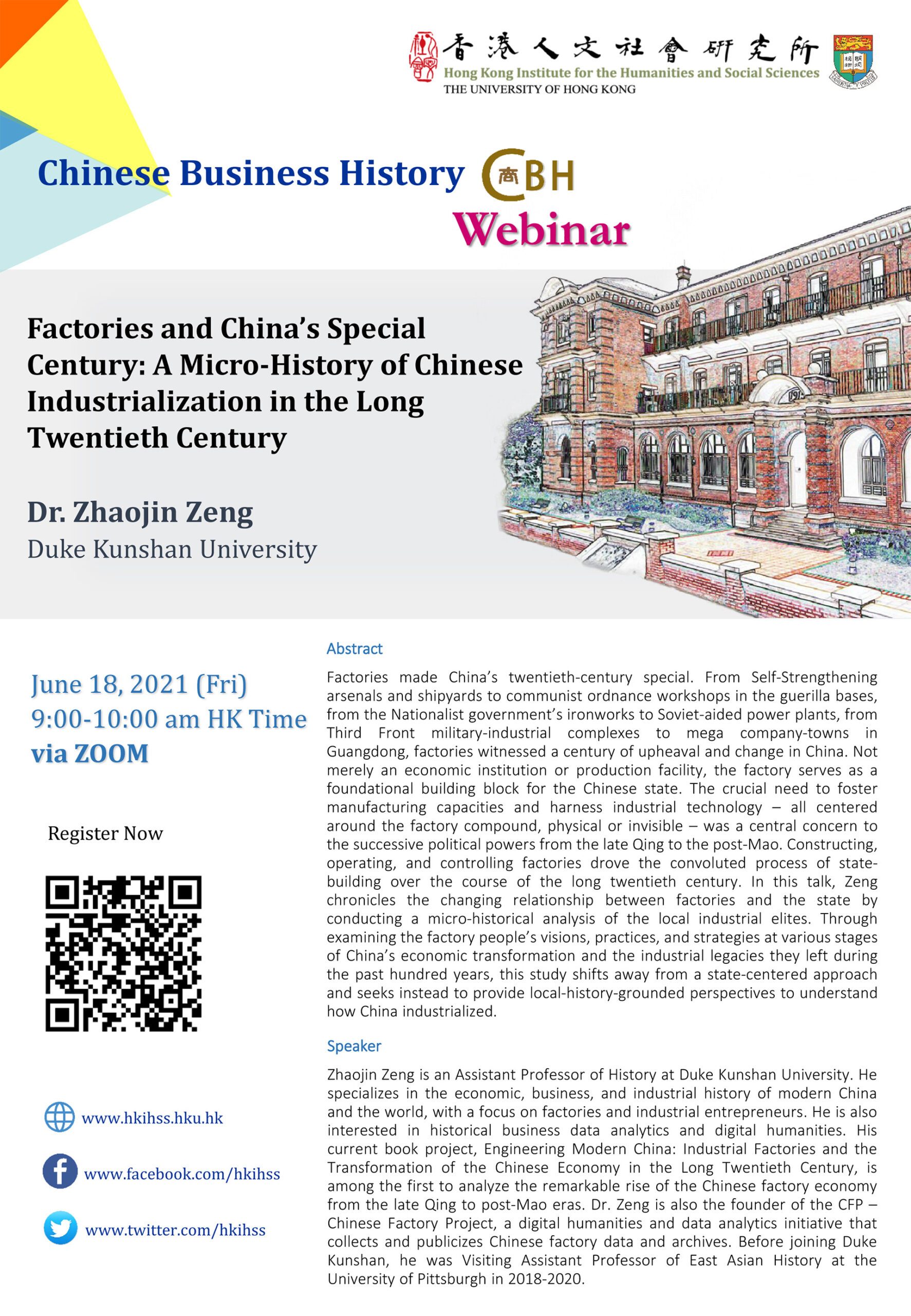 Factories made China’s twentieth-century special. From Self-Strengthening arsenals and shipyards to communist ordnance workshops in the guerilla bases, from the Nationalist government’s ironworks to Soviet-aided power plants, from Third Front military-industrial complexes to mega company-towns in Guangdong, factories witnessed a century of upheaval and change in China. Not merely an economic institution or production facility, the factory serves as a foundational building block for the Chinese state. The crucial need to foster manufacturing capacities and harness industrial technology — all centered around the factory compound, physical or invisible — was a central concern to the successive political powers from the late Qing to the post-Mao. Constructing, operating, and controlling factories drove the convoluted process of state-building over the course of the long twentieth century. In this talk, Zeng chronicles the changing relationship between factories and the state by conducting a micro-historical analysis of the local industrial elites. Through examining the factory people’s visions, practices, and strategies at various stages of China’s economic transformation and the industrial legacies they left during the past hundred years, this study shifts away from a state-centered approach and seeks instead to provide local-history-grounded perspectives to understand how China industrialized.

Zhaojin Zeng is an Assistant Professor of History at Duke Kunshan University. He specializes in the economic, business, and industrial history of modern China and the world, with a focus on factories and industrial entrepreneurs. He is also interested in historical business data analytics and digital humanities. His current book project, Engineering Modern China: Industrial Factories and the Transformation of the Chinese Economy in the Long Twentieth Century, is among the first to analyze the remarkable rise of the Chinese factory economy from the late Qing to post-Mao eras. Dr. Zeng is also the founder of the CFP — Chinese Factory Project, a digital humanities and data analytics initiative that collects and publicizes Chinese factory data and archives. Before joining Duke Kunshan, he was Visiting Assistant Professor of East Asian History at the University of Pittsburgh in 2018 – 2020.