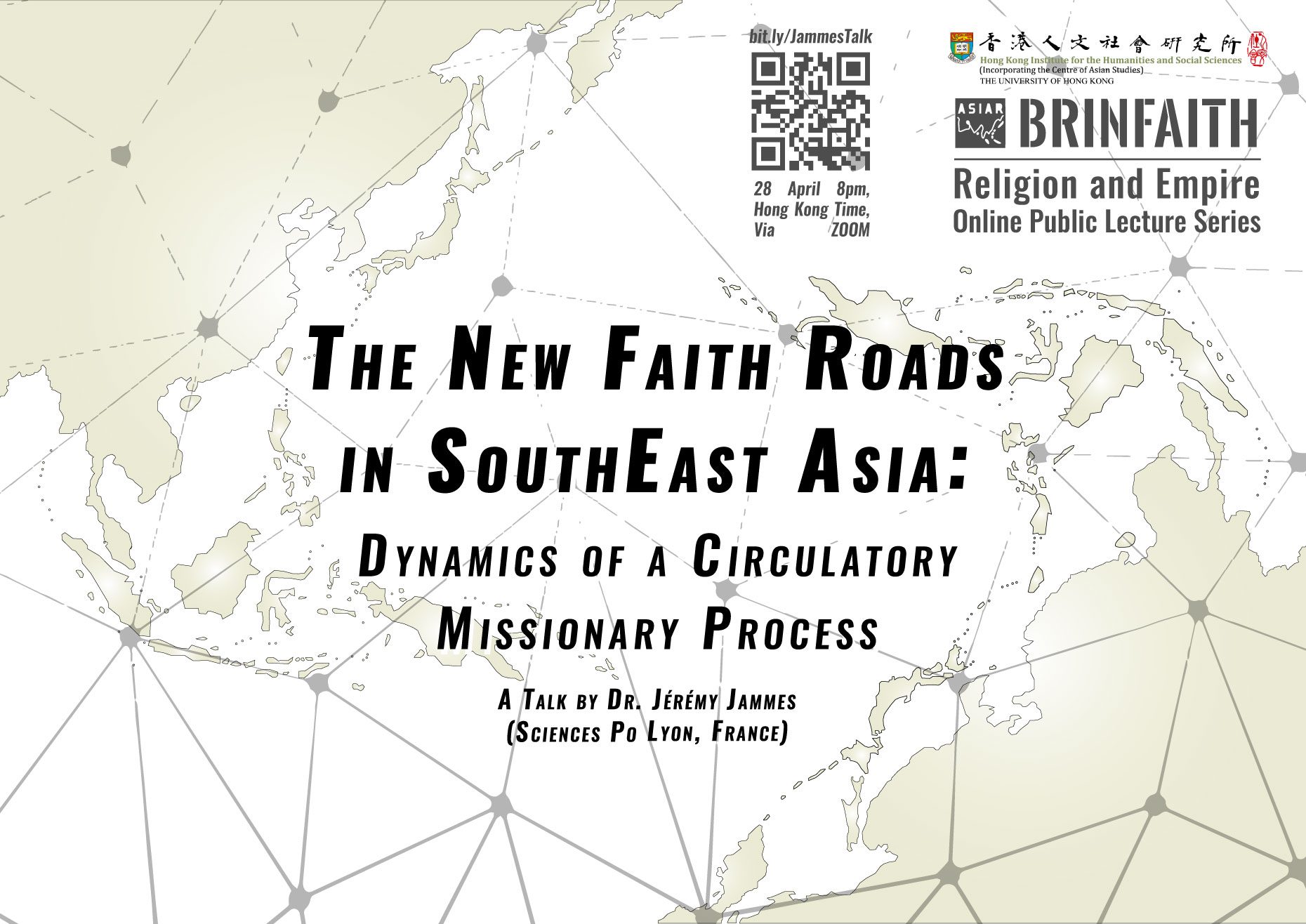 This lecture on proselytizing to/from Southeast Asia is a critical reflection on a major shift in the world’s religious balance, with geopolitical, sociological and economic implications. Our mapping of religious mutations and issues in Southeast Asia requires an appropriate and dynamic definition of this space, which has been the site of proselytizing networks from outside but also within Asia, whose actions are very often justified by humanitarian ideals. Interestingly, a series of Southeast Asian missionary networks or strategies have recently been giving rise to complex ‘reversed missions.’ In a comparative approach, case studies of Evangelical-Pentecostal, Islamic and Buddhist missionary programs in Southeast Asia since the 1950s will be examined. As a result, contemporary religious dynamics will be considered as a circulatory and interactive process consisting of actors and networks, ideas and values, and identity claims, situated at the crossroads of local, regional and global influences.