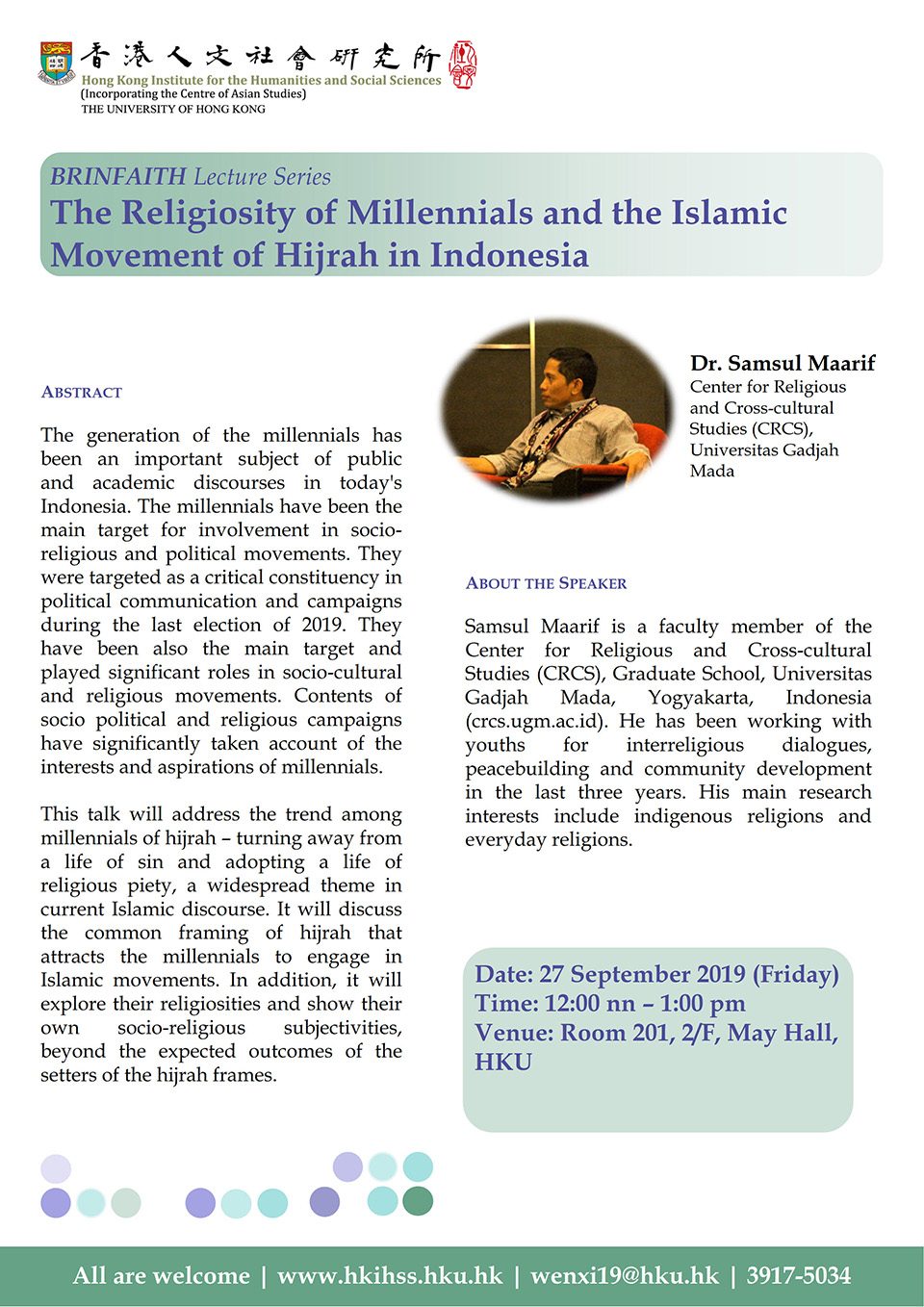 The generation of the millennials has been an important subject of public and academic discourses in today’s Indonesia. The millennials have been the main target for involvement in socio-religious and political movements. They were targeted as a critical constituency in political communication and campaigns during the last election of 2019. They have been also the main target and played significant roles in socio-cultural and religious movements. Contents of socio political and religious campaigns have significantly taken account of the interests and aspirations of millennials.

This talk will address the trend among millennials of hijrah – turning away from a life of sin and adopting a life of religious piety, a widespread theme in current Islamic discourse. It will discuss the common framing of hijrah that attracts the millennials to engage in Islamic movements. In addition, it will explore their religiosities and show their own socio-religious subjectivities, beyond the expected outcomes of the setters of the hijrah frames.

Samsul Maarif is a faculty member of the Center for Religious and Cross-cultural Studies (CRCS), Graduate School, Universitas Gadjah Mada, Yogyakarta, Indonesia (crcs.ugm.ac.id). He has been working with youths for interreligious dialogues, peacebuilding and community development in the last three years. His main research interests include indigenous religions and everyday religions.

This is an event organized by the CRF Project “Infrastructures of Faith: Religious Mobility on the Belt and Road” (RGC CRF HKU C7052-18G).