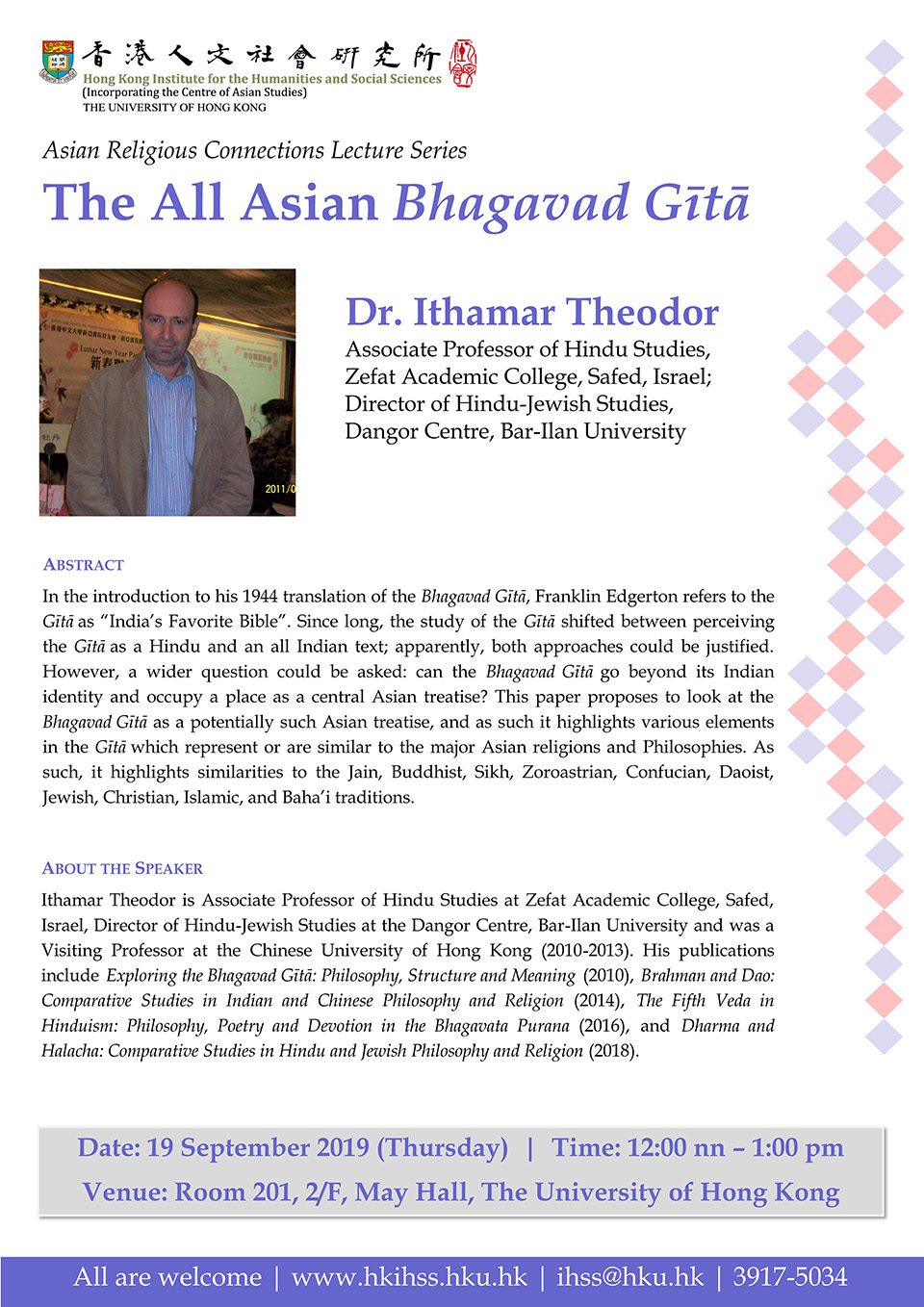 In the introduction to his 1944 translation of the Bhagavad Gītā[1], Franklin Edgerton refers to the Gītā as “India’s Favorite Bible”. Since long, the study of the Gītā shifted between perceiving the Gītā as a Hindu and an all Indian text; apparently, both approaches could be justified. However, a wider question could be asked: can the Bhagavad Gītā go beyond its Indian identity and occupy a place as a central Asian treatise? This paper proposes to look at the Bhagavad Gītā as a potentially such Asian treatise, and as such it highlights various elements in the Gītā which represent or are similar to the major Asian religions and Philosophies. As such, it highlights similarities to the Jain, Buddhist, Sikh, Zoroastrian, Confucian, Daoist, Jewish, Christian, Islamic, and Baha’i traditions.

Ithamar Theodor is Associate Professor of Hindu Studies at Zefat Academic College, Safed, Israel, Director of Hindu-Jewish Studies at the Dangor Centre, Bar-Ilan University and was a Visiting Professor at the Chinese University of Hong Kong (2010 – 2013). His publications include Exploring the Bhagavad Gītā: Philosophy, Structure and Meaning (2010), Brahman and Dao: Comparative Studies in Indian and Chinese Philosophy and Religion (2014), The Fifth Veda in Hinduism: Philosophy, Poetry and Devotion in the Bhagavata Purana (2016), and Dharma and Halacha: Comparative Studies in Hindu and Jewish Philosophy and Religion (2018).

This is an event organized by the “Asian Religious Connections” Cluster.