Delta on the Move Lecture Series
Oysterman and Refugee: Hong Kong and China Between the Tides, 1949 – 1997

Delta on the Move Lecture Series
Oysterman and Refugee: Hong Kong and China Between the Tides, 1949 – 1997 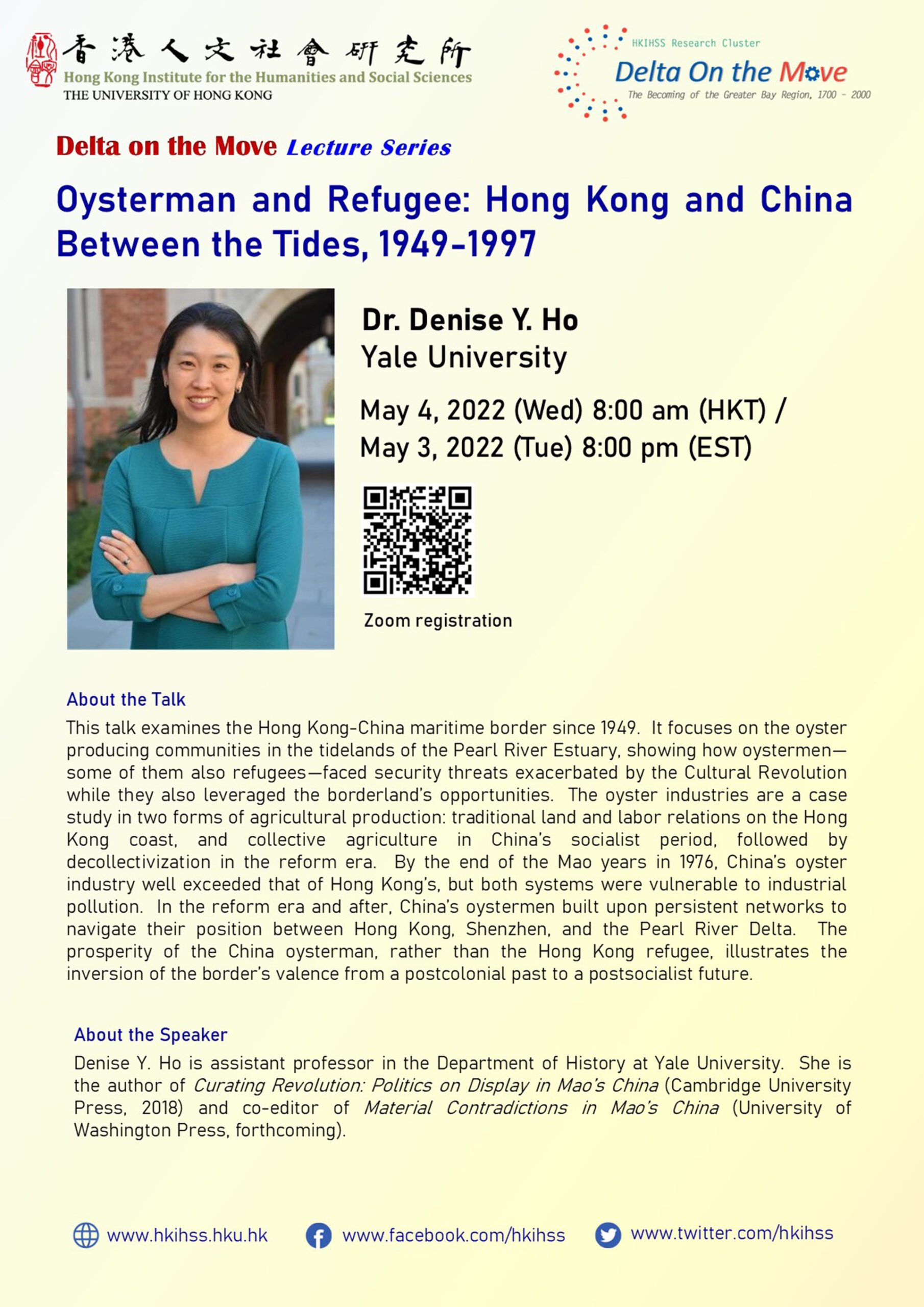 This talk examines the Hong Kong-China maritime border since 1949.  It focuses on the oyster producing communities in the tidelands of the Pearl River Estuary, showing how oystermen — some of them also refugees — faced security threats exacerbated by the Cultural Revolution while they also leveraged the borderland’s opportunities.  The oyster industries are a case study in two forms of agricultural production: traditional land and labor relations on the Hong Kong coast, and collective agriculture in China’s socialist period, followed by decollectivization in the reform era.  By the end of the Mao years in 1976, China’s oyster industry well exceeded that of Hong Kong’s, but both systems were vulnerable to industrial pollution.  In the reform era and after, China’s oystermen built upon persistent networks to navigate their position between Hong Kong, Shenzhen, and the Pearl River Delta.  The prosperity of the China oysterman, rather than the Hong Kong refugee, illustrates the inversion of the border’s valence from a postcolonial past to a postsocialist future.

Denise Y. Ho is assistant professor in the Department of History at Yale University.  She is the author of Curating Revolution: Politics on Display in Mao’s China (Cambridge University Press, 2018) and co-editor of Material Contradictions in Mao’s China (University of Washington Press, forthcoming).