Polished shells from Southeast Asia engraved with Chinese motifs formed part of sixteenth-century cabinets of curiosity in different parts of Europe. While early modern German collectors classified such shells as “Indian” (indianisch), a term applied equally to natural objects and artifacts from the Americas, East Asia, South Asia and Southeast Asia, European naturalists of later periods attributed geographically specific place names to the very same items. In addition, scholars have considered maritime objects such as engraved, polished or natural shells, corals and pearls to be “global” as they were exchanged through world-spanning trade networks. Taking shells decorated with Chinese motifs in sixteenth and seventeenth century German collections as point of departure, this talk traces the shells’ travel trajectories back to Asia and introduces early modern Chinese perceptions of the relationships between maritime material culture and territory. Although the places of different kinds of shells in Ming and Qing material hierarchies were lower than those of pearls and coral, conches and bivalves functioned as important artistic means, they were polished, carved and painted and natural specimen are represented in paintings and illustrated treatises. Understood to be the products of mollusks with the ability to design and build remarkably complex shapes, shells formed gateways to the abundantly creative and productive spaces of the ocean. As in the early modern imagination, shells not only housed parallel miniature universes, they also formed gateways through which mythological creatures could reach out of the deep waters and into imagined paradises and foreign territories they were believed to inhabit.

Anna Grasskamp (PhD, Leiden University) is Research Assistant Professor at Academy of Visual Arts at Hong Kong Baptist University and Associate Member of Cluster of Excellence Asia and Europe in a Global Context at University of Heidelberg. She was visiting postdoctoral fellow at Max Planck Institute for the History of Science, Berlin, and held fellowships at the International Institute for Asian Studies at Leiden University and Herzog August Bibliothek, Wolfenbüttel. Anna’s research on maritime material culture in Southern China is supported by a grant from the Research Grant Council Hong Kong. She is co-editor of EurAsian Matters: China, Europe, and the Transcultural Object which appeared 2018 in the Springer book series Transcultural Research – Heidelberg Studies on Asia and Europe in a Global Context. Recent articles have appeared in Res, Rijksmuseum Bulletin and World Art. 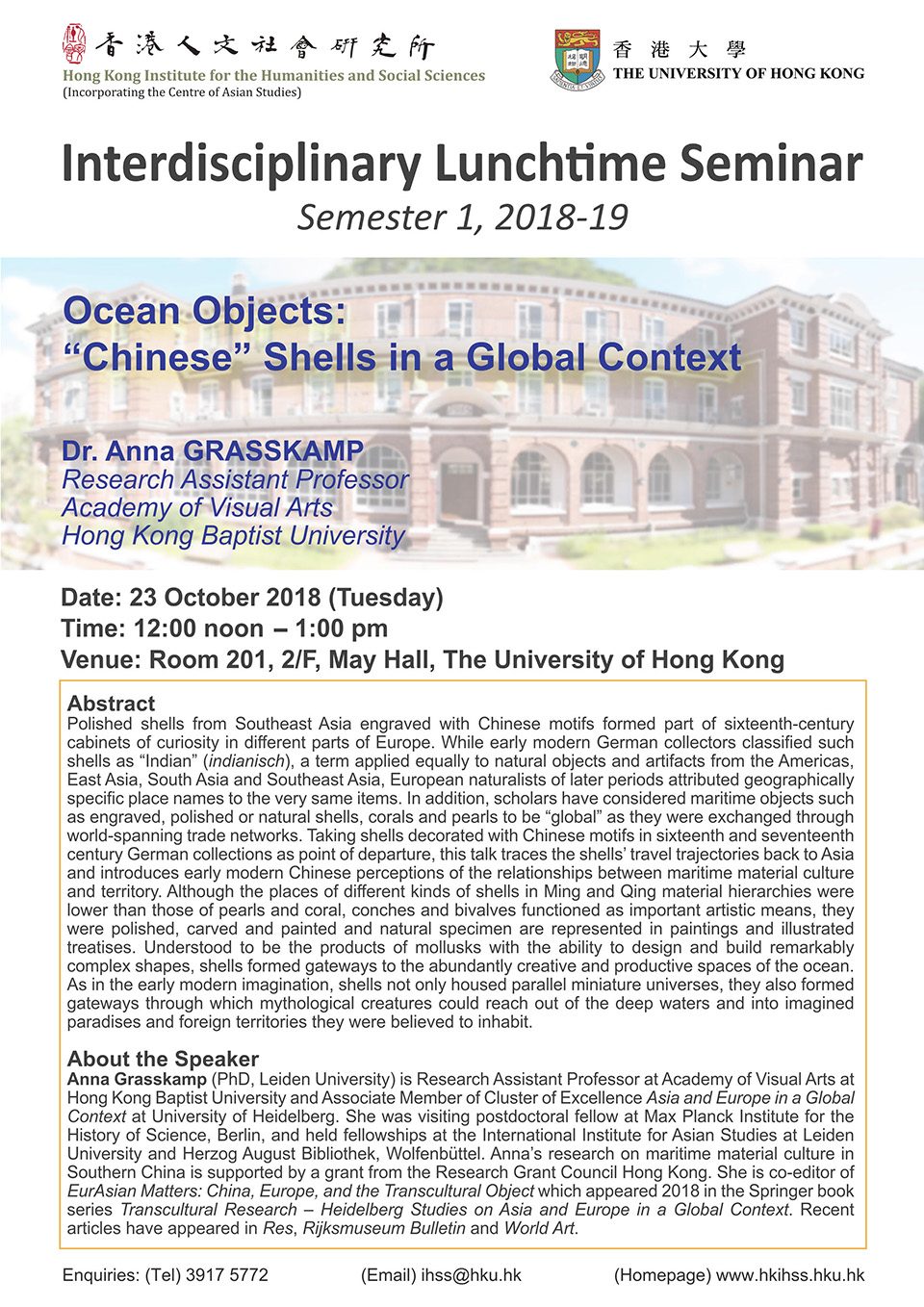