Interdisciplinary Lunchtime Seminar
Crane Diplomacy: Auspicious Gifts of a Species on the Brink of Extinction

Interdisciplinary Lunchtime Seminar
Crane Diplomacy: Auspicious Gifts of a Species on the Brink of Extinction 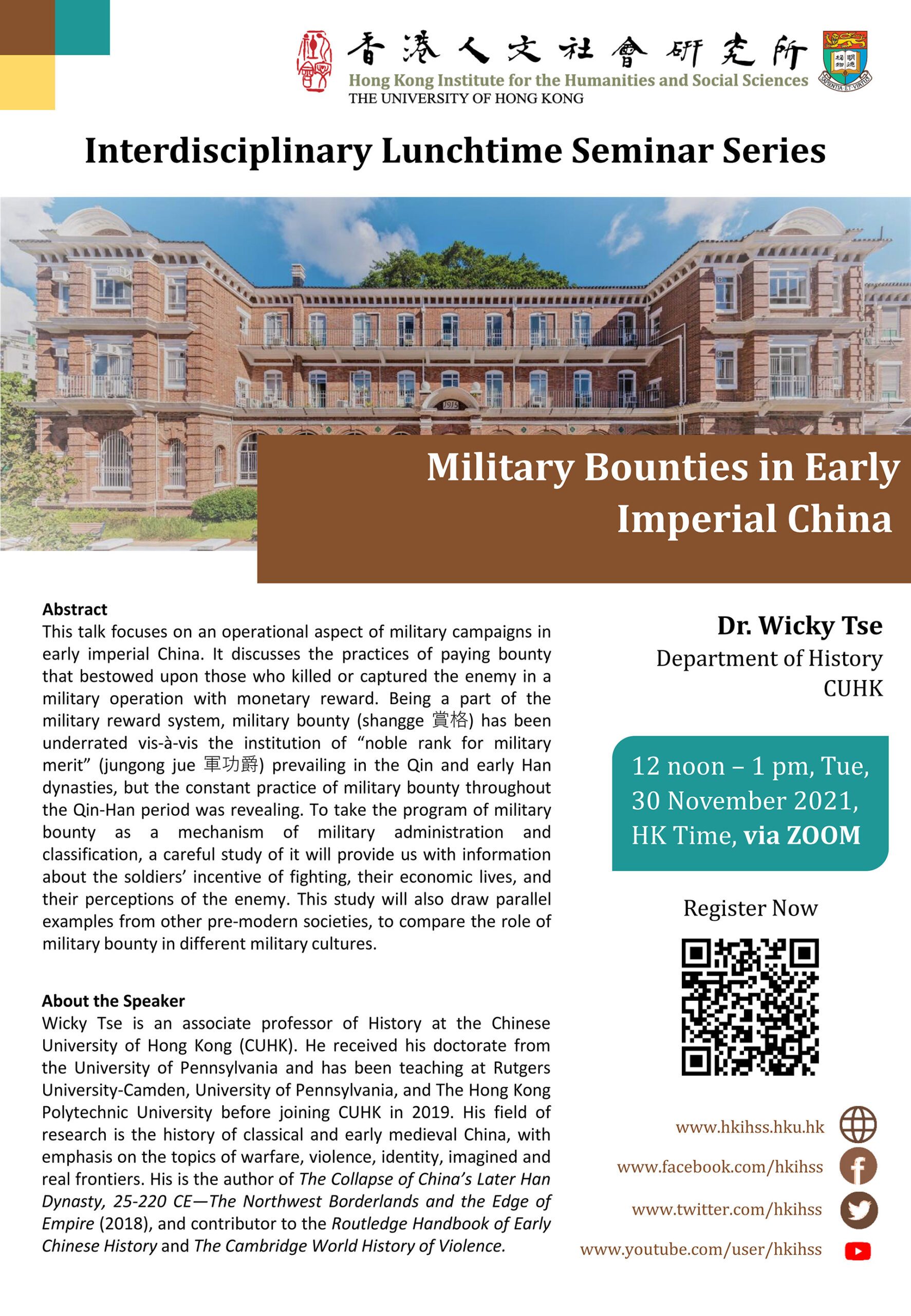 This talk focuses on an operational aspect of military campaigns in early imperial China. It discusses the practices of paying bounty that bestowed upon those who killed or captured the enemy in a military operation with monetary reward. Being a part of the military reward system, military bounty (shangge 賞格) has been underrated vis-à-vis the institution of “noble rank for military merit” (jungong jue 軍功爵) prevailing in the Qin and early Han dynasties, but the constant practice of military bounty throughout the Qin-Han period was revealing. To take the program of military bounty as a mechanism of military administration and classification, a careful study of it will provide us with information about the soldiers’ incentive of fighting, their economic lives, and their perceptions of the enemy. This study will also draw parallel examples from other pre-modern societies, to compare the role of military bounty in different military cultures.

Wicky Tse is an associate professor of History at the Chinese University of Hong Kong (CUHK). He received his doctorate from the University of Pennsylvania and has been teaching at Rutgers University-Camden, University of Pennsylvania, and The Hong Kong Polytechnic University before joining CUHK in 2019. His field of research is the history of classical and early medieval China, with emphasis on the topics of warfare, violence, identity, imagined and real frontiers. His is the author of The Collapse of China’s Later Han Dynasty, 25-220 CE — The Northwest Borderlands and the Edge of Empire (2018), and contributor to the Routledge Handbook of Early Chinese History and The Cambridge World History of Violence.