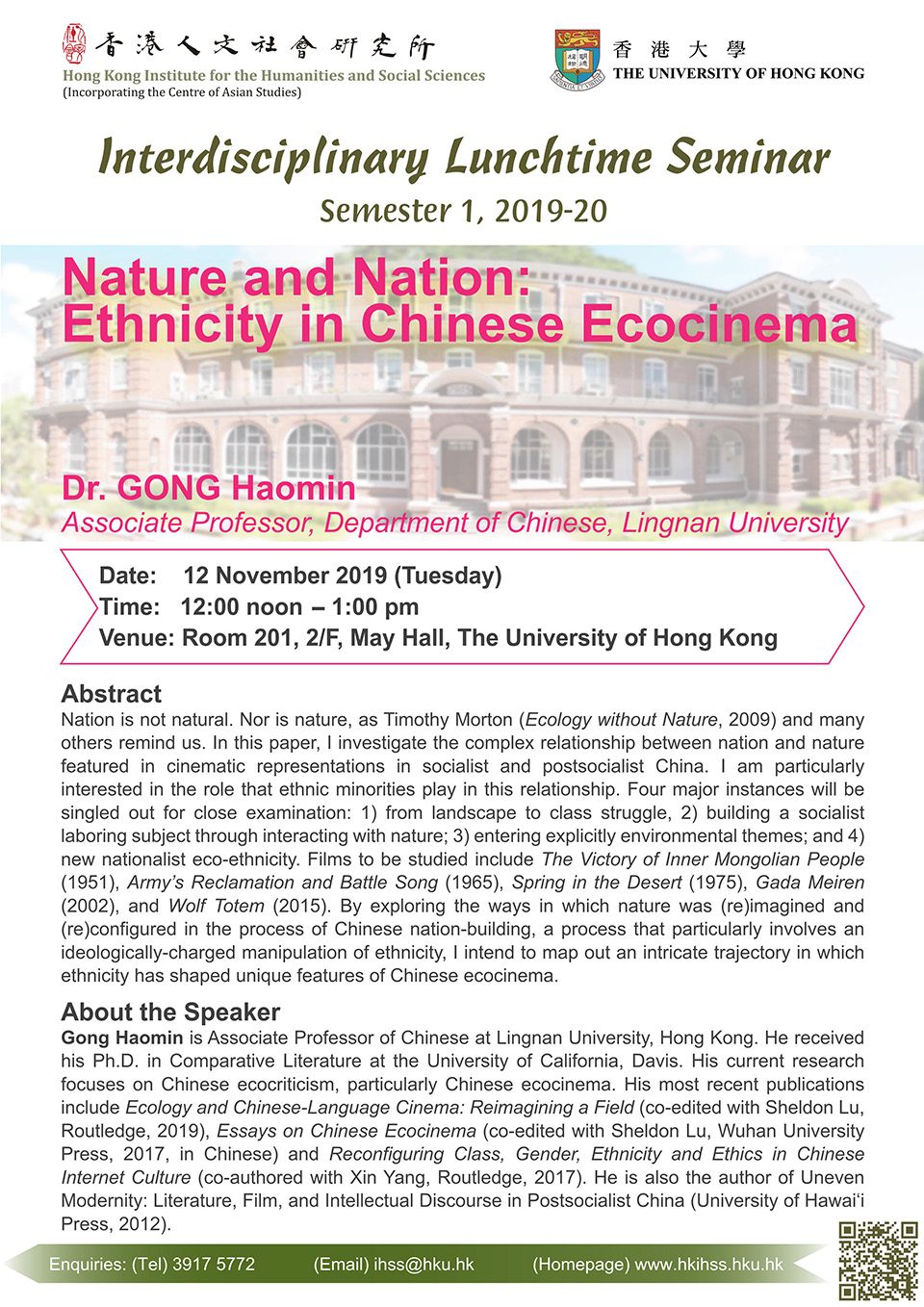 Nation is not natural. Nor is nature, as Timothy Morton (Ecology without Nature, 2009) and many others remind us. In this paper, I investigate the complex relationship between nation and nature featured in cinematic representations in socialist and postsocialist China. I am particularly interested in the role that ethnic minorities play in this relationship. Four major instances will be singled out for close examination: 1) from landscape to class struggle, 2) building a socialist laboring subject through interacting with nature; 3) entering explicitly environmental themes; and 4) new nationalist eco-ethnicity. Films to be studied include The Victory of Inner Mongolian People (1951), Army’s Reclamation and Battle Song (1965), Spring in the Desert (1975), Gada Meiren (2002), and Wolf Totem (2015). By exploring the ways in which nature was (re)imagined and (re)configured in the process of Chinese nation-building, a process that particularly involves an ideologically-charged manipulation of ethnicity, I intend to map out an intricate trajectory in which ethnicity has shaped unique features of Chinese ecocinema.

Dr. Gong Haomin is Associate Professor of Chinese at Lingnan University, Hong Kong. He received his Ph.D. in Comparative Literature at the University of California, Davis. His current research focuses on Chinese ecocriticism, particularly Chinese ecocinema. His most recent publications include Ecology and Chinese-Language Cinema: Reimagining a Field (co-edited with Sheldon Lu, Routledge, 2019), Essays on Chinese Ecocinema (co-edited with Sheldon Lu, Wuhan University Press, 2017, in Chinese) and Reconfiguring Class, Gender, Ethnicity and Ethics in Chinese Internet Culture (co-authored with Xin Yang, Routledge, 2017). He is also the author of Uneven Modernity: Literature, Film, and Intellectual Discourse in Postsocialist China (University of Hawai‘i Press, 2012).