Interdisciplinary Lunchtime Seminar (TO BE RESCHEDULED)
A Blurry Boundary: British Cochin and the Princely States of Malabar 1911 – 1920

Interdisciplinary Lunchtime Seminar (TO BE RESCHEDULED)
A Blurry Boundary: British Cochin and the Princely States of Malabar 1911 – 1920 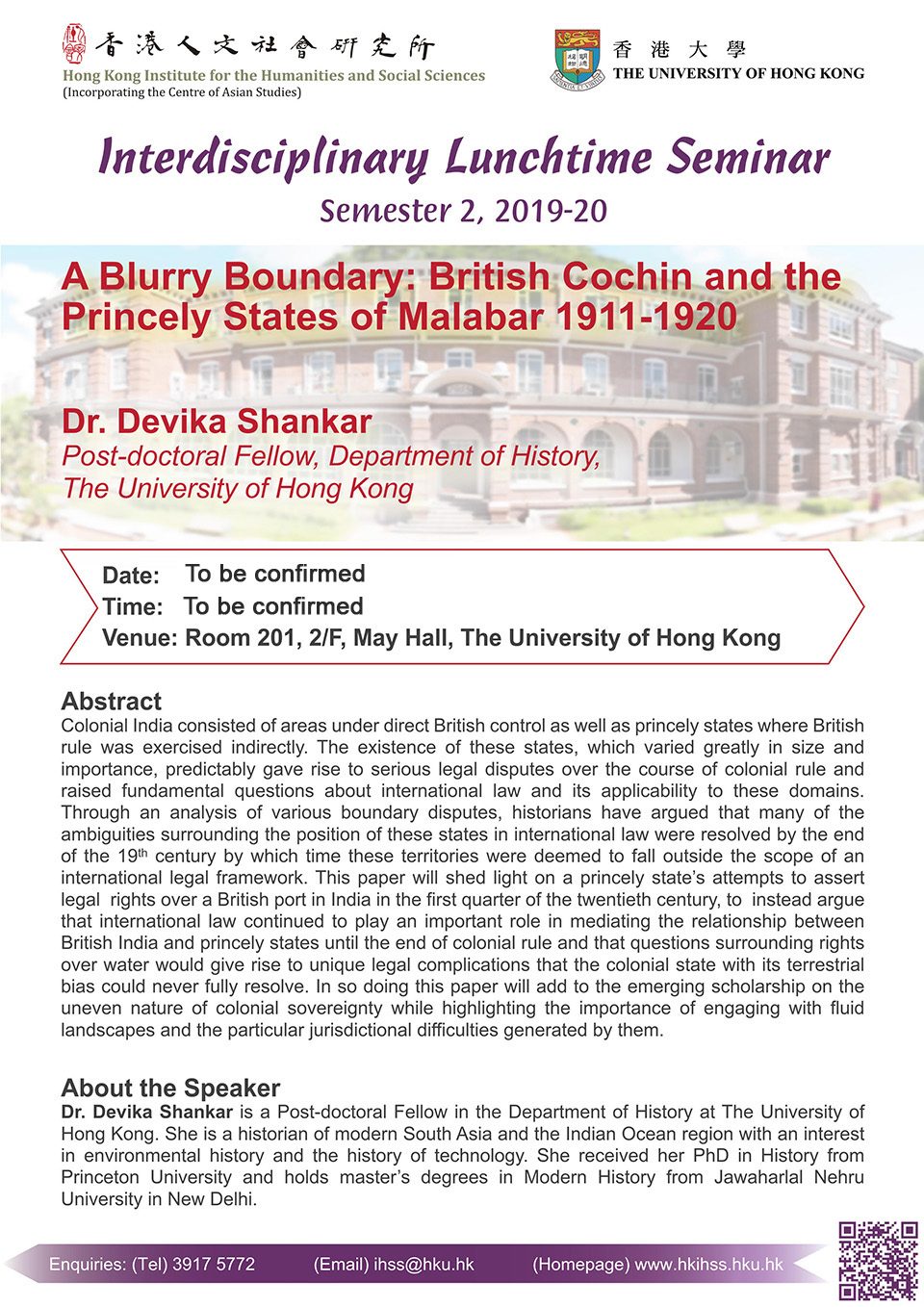 Colonial India consisted of areas under direct British control as well as princely states where British rule was exercised indirectly. The existence of these states, which varied greatly in size and importance, predictably gave rise to serious legal disputes over the course of colonial rule and raised fundamental questions about international law and its applicability to these domains. Through an analysis of various boundary disputes, historians have argued that many of the ambiguities surrounding the position of these states in international law were resolved by the end of the 19th century by which time these territories were deemed to fall outside the scope of an international legal framework. This paper will shed light on a princely state’s attempts to assert legal  rights over a British port in India in the first quarter of the twentieth century, to  instead argue that international law continued to play an important role in mediating the relationship between British India and princely states until the end of colonial rule and that questions surrounding rights over water would give rise to unique legal complications that the colonial state with its terrestrial bias could never fully resolve. In so doing this paper will add to the emerging scholarship on the uneven nature of colonial sovereignty while highlighting the importance of engaging with fluid landscapes and the particular jurisdictional difficulties generated by them.

Dr. Devika Shankar is a Post-doctoral Fellow in the Department of History at The University of Hong Kong. She is a historian of modern South Asia and the Indian Ocean region with an interest in environmental history and the history of technology. She received her PhD in History from Princeton University and holds master’s degrees in Modern History from Jawaharlal Nehru University in New Delhi.